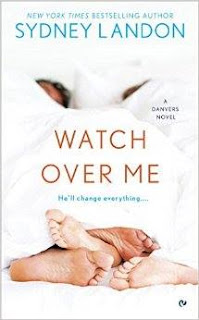 Gwen Day has never been lucky in love, but now she’s betting on one man ready to care for her like no one ever has…Fresh off of the most humiliating romantic disaster of her life, Gwen sees no reason not to get tipsy and throw herself at her sexy bad boy neighbor. But she never expected their one night stand to have consequences that would keep them together...or for his concern to turn into something that feels like it could last.Dominic Brady has always admired Gwen from afar, and now that she’s single, he has no reservations about saying yes to one wild night. Soon he’s interested in a real relationship. But when their future is uncertain, Dominic is determined to show her that he takes care of what’s his. And that no matter what happens, he’s one man she can’t lose.

***Received an ARC for an honest review***
I will be the first to admit, I was not a fan of Gwen in the last book. Did Gwen do anything? Nope! Just, in my heart of hearts, I knew she wasn't endgame for Mac - and that led me to see her as a hurdle and not the wonderful individual she is. After reading 'Watch Over Me' - Gwen is probably my favorite female character from the Danvers Gang.

Dominic Brady, best friend to Mac, has longed for Gwen since the moment he laid eyes on her. Unsure as to how to approach the woman who made him feel differently than any other woman in his life, he missed his chance when Mac started dating her. Since Mac found his way to his true love, Dom has taken to watching her from a distance and waiting. Until...

One night, fate knocks on his door and takes his breath away.

Hell, this entire book took  my breath away. I watched Dom be set up for failure by Gwen and the insane neighbor girls. Then Gwen was set up by Dom with his hilarious sister. Could they be any more perfect for each other? They doubted every action and motive that the true feelings and emotions were incredibly overlooked... but, EVERYONE else at Danvers saw it growing. To be the sole focus of  a man like Dominic was heady and intoxicating. Let me tell you, I can atest to that! This book had me feeling drunk on this couple. :)

Sydney created a masterpiece with Danvers. Each addition is such a strong addition to the story. So many series nowadays feel forced when they get to the length that Sydney has achieved, but now Danvers. Each novel feels like a piece that was missing from the one before. In 'Watch Over Me' you catch Suzy grow to this woman who shows her fears, you get the humor from the guys like in this situation:

"Go ahead and leave your man card on the desk because that is the most pussified statement I've ever heard from a dude before."
and I love to see the growth and progression of the girl's lunches and parenthood at it's finest with these couples. It's sexy, fresh, romantic and yet so real life. That is what Sydney creates, real life romance. Yes, there was some GRAND gestures, but for the most part - you get love the way real life experiences it, with the small and incredibly thoughtful gestures. 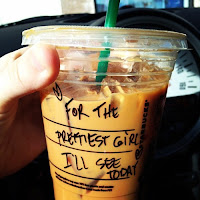 I adored this story because the second Dom got his opening with Gwen - he took it 200%! There was no turning back. There were coffees, dinners, dates and so much more. I swooned everytime he brought her a morning cup of Joe.

And then, you have Gage. Poor guy. I think Gage and I would be friends. He gives the WORST advice, and is a hot mess. That guy who will never settle down, and when he gets knocked on his ass - it will NOT be an easy road. (You may or may not get to see this happen!) He means well, but God does he cause so much trouble for Gwen and Dom. He is definitely the comedic relief you crave in a romance.

I cannot really give you much more without finding myself retelling the entire story. Gwen and Dom's road to love is full of laughs, "bumps," meddling friends who mean well, awkward "first" dates, the knowledge that you should not name your kid Baxter and broken phones. One thing you will not find within the pages of this story is disappointment. Sydney takes the ups and downs in love, friendship and life and represents them all within each novel. Another FIVE STAR read from the talented Ms. Landon. 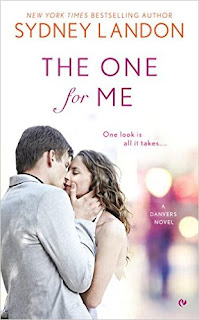 Excited to see in the end that Mark DeSantos is about to be the next victim of whats in the water at Danvers. Is this smooth talking, tall glass of water ready for what one Crystal Webber has in store? I am sure he isn't. Be on the lookout for 'The One for Me.'  Before I go, and leave you will all the ways to stalk Sydney via Social Media, let me ask those who have fell in LOVE with the gang at Danvers - Who are you hoping to have their own story? (Please leave it in the comments!!!) I for one, am DYING to know Gage's story. Even in the form of a novella. Hint...hint... Sydney! He is probably one of my favorite male characters. Many said Dom gave their favorite a run for their money. Dom is officially my favorite. He gave it as hard as he got it from Gwen, and that is a WINNER in my book. Until next time Danvers... 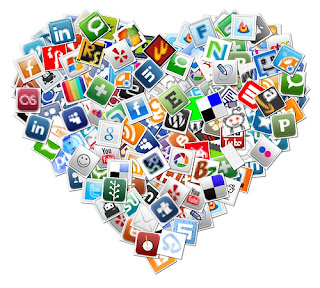