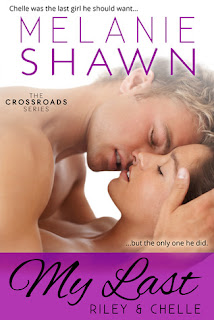 He was the bad boy...After twelve years in the Marines Special Forces Riley Sloan is more than ready to start his new civilian life. No one to answer to. No one depending on him. No more dangerous rescues...he thought. After receiving a distress call he is sent on a recon mission to check on the one girl that is completely off limits and the only girl that ever made him question his loyalty. His best friend's little sister. She is the last girl he should want...but the only one he does. This could end up being the riskiest operation of his life.She was the good girl...Rachelle Thomas wouldn't hurt a fly. She is honest, kind and always sees the best in people. So she is completely blindsided when her fiancé dumps her for his pregnant 18 year old secretary. Confused and heartbroken she decides to head out of town to regroup. When her attempt to hide from the world worries her friends and family they send out a search party of one, Riley Sloan. Her brother's best friend and the star of all of her teenage (and adult) fantasies. She knows wanting him is wrong but she is tired of always doing the "right thing"...especially when Riley made the "wrong thing" feel so right.

***
I literally had to tear myself away from the series to write my review. I read My Last and dove right into My Only because it was starring Alex. And that man... he is my heart. So, please excuse if my review is scatter-brained, out of order or... WAIT! What am I saying? My reviews are ALWAYS like this.

Chelle is my book Diamond Friend. I fell in love with her character in the last book and was rooting for her to find her HEA. But, with Alex? I was taken aback when Alex came to her rescue at the wedding, and I will admit I was a little jealous. (Ok... A LOT jealous... but, I have issues) When Chelle hides away to regroup after what should be the heartbreak of a lifetime, her friends have Riley pop in to check on her well-being. Enter the star of her teenage fantasies. One of my favorite parts of an enemies to lovers or friends to lovers story is the "RECONNECT" moment. Often times, an author will make this such a smooth and effortless encounter, when in reality - you know that crap is awkward with a capital "A." 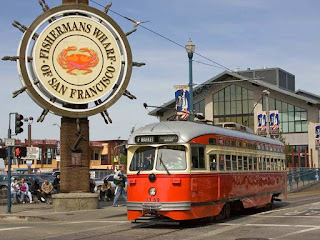 "Riley?" Chelle spoke his name in disbelief. Trying to make some sort of sense of what was going on, she asked, "Is it... What are you...What are you here?"
"Sightseeing."
"What?" she asked, bewildered.
"Sightseeing," he repeated.
"In my bedroom?" she murmured, puzzled.
I simply adored the ease of their interactions. What I got from the small stuff they did for each other was that it was ingrained in their DNA to be there for each other. No matter the distance or years that passed between them, other other person being okay was their end game.

He knew that, no matter how long he lived, all he would have to do was close his eyes and he would be able to remember it, clear as a bell - the way she felt, the way she sounded, and the way she smelled of coconut and cinnamon.

When you put a forkful of that long-forgotten favorite food into your mouth again, and it is like a mouth orgasm. This was like that. But with eyes. It was an eye orgasm. An eyegasm.

Both Chelle and Riley knew in their hearts this was it for them, but there were feelings of inadequacy or not wanting to pressure the other into something they didn't want. So, they pretended this was a light and short-lived fling. But, even their friends and family knew something was up.

Tommy smiled. "Look, I know we haven't seen a lot of each other the last couple of years since I got out, but I do know you. And she's it for you. She's the real deal."

"If you're doing fine, then why is he still there, Chelle?"
"Sightseeing," she answered honestly.
"Tell Riley to call me," Eddie barked.
My thoughts and ramblings:

So, as you can see... I loved this story. And a few additional random thoughts:
I will leave you with the ONE LINE in the book that is my favorite. It happens in each book. There comes a line(s) that I highlight and find myself going back to reread. I constantly think of how I can work it into my review. Most times, I can't. This time is NO different. Sometimes this line is the declaration of love, sometimes it is a cheesy pick-up line and sometimes it is a gem like this one:
She stood back, opening the door wider. "Do you want to come in?"
He looked tortured by her invitation. "I can't"
Ooookaay. Thinking she needed to lighten the mood, she smiled. "Well, if it's because you're a vampire, then no worries. I just invited you in, so...you're in the clear."
He looked confused.
Alrighty then. Not a big fan of vampire humor. 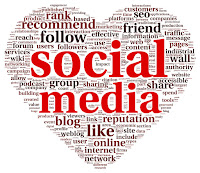 NOW GIVE THE DUO KNOWN AS MELANIE SHAWN SOME LOVE!