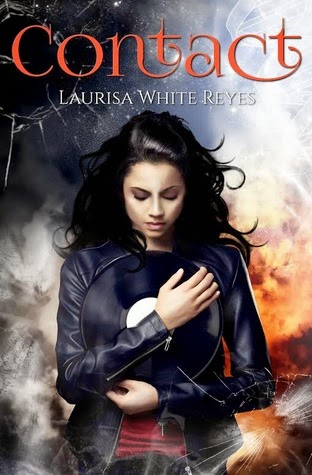 It takes only half a second…

…Like those commercials where a crash test dummy rockets forward at high speed and slams into a wall.
…In that instant, every thought in Emma Lynn Walsh’s head collides with mine—every thought, memory, hope, disappointment and dream.
…I open my eyes to see Dr. Walsh peering at me, a puzzled expression on her face.

“Let—go—of—me,” I order though clenched teeth.

Mira wants to die. She’s attempted suicide twice already, and failed. Every time she comes in contact with another person, skin to skin, that person’s psyche uploads into hers. While her psychologist considers this a gift, for Mira, it’s a curse from which she cannot escape.

To make matters worse, Mira’s father is being investigated in the deaths of several volunteer test subjects of a miracle drug. Shortly after Mira’s mother starts asking questions, she ends up in a coma. Although her father claims it was an accident, thanks to her “condition” Mira knows the truth…but proving it just might get her killed!

I got approved to read this book through netgalley. It sounded intriguing, to say the least. Mira sees people's whole life flash in her mind when she touches them. Their hopes, dreams, memories. She hates it so much, se tries to commit suicide twice. Her mom is the only person who seems to believe her and who is there for her. Her father is this big wig in this company who eradicates depression and mental disorders in teens. He also is running for governor. At times he seems so distant and cruel. When her mother falls into a coma, the only person she can turn to is David. David is so sweet and caring, with secrets of his own. It seems like all Mira wants to do, is live her life for the first time since her powers manifested. But instead, she gets wrapped up with an old affair of her father's and someone trying to kill her. dealing with her mother being in a coma is hard for her but seeing that her mother is still in there and having David helps.  When she starts to get the feeling that her father may not be innocent and that her mothers coma may not be accidental, things start to get a little crazy.
I think what upset me is that she has this gift that no one believes. If I would have been in her shoes, I would have been trying to prove it. A lot got unanswered but not really with a cliffhanger. All in all, this book was pretty good. Not so quote worthy though. I don't think I highlighted not one. Definitely has potential to be a great series. I will be looking forward to the second one.  Oh and I like the fact that her favorite candy is Abba Zabbas! We at this blog LOVE Abba Zabbas! Too bad they are non existant in the state of Mississippi, or anywhere in the south!
All in all I give this a 3 1/2 stars