Always Loving You (A Danvers Novel) 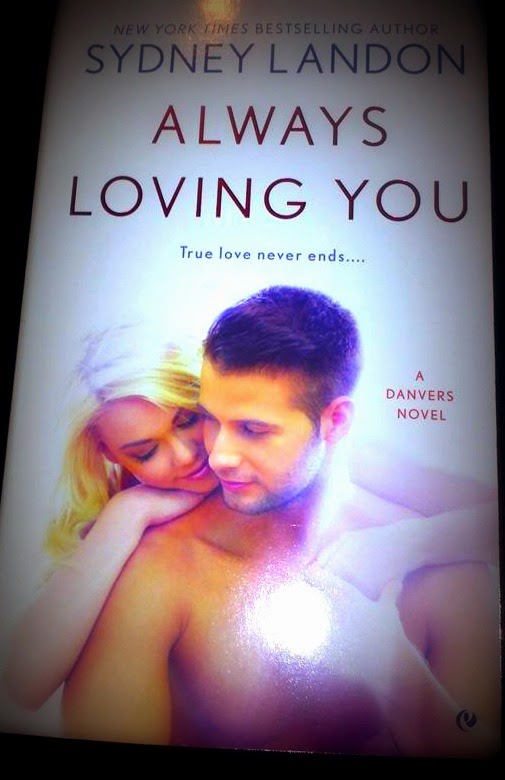 Ava Stone has spent her entire life looking over her shoulder—waiting for the past to catch up with her....
After surviving a horrific attack as a teenager, Ava has never been able to truly overcome her fears. The incident was covered up by her family so she wouldn't have to deal with it publicly—yet only one person understands what she had to endure in private: her brother’s best friend, MacKinley Powers, who found her the night of the attack. But even he doesn't know everything—and she’s afraid to open up to him.
Mac has loved Ava for most of his life—and being in close contact with her every day as head of security for Danvers International isn’t helping. In fact, it makes him realize the painful truth: He has to walk away to keep his sanity. But when Ava is forced to rely on the only man who has never let her down, can Mac break through the protective walls she’s needed for so long?

***I received an advanced copy in exchange for an honest review***
Releases February 2, 2015

Ava Stone has been a supporting character throughout the last 5 Danvers novels, and I have been eagerly awaiting to learn more about this mysterious and damaged sister of Brant and Declan. Ava and McKinley "Mac" Powers have known each other since childhood and have always been close. Obvious to others, Mac has always loved Ava. She has never given him anything more than a friendship like no other. After seeing everyone around him settle down, Mac decides it is time that he moves on from his Avie.

Enter Gwen. The Danvers girls call her "G-Lo" for her assets, and she triggers an emotion that Ava is not familiar with. Jealously. She enlists Emma (who enlists the rest of the gang!) to help find herself and nab Mac's attention in the process. "Yay, that's the spirit. Now let's get ready to unleash hell on poor, unsuspecting Mac. He's going to find out that hell hath no fury like a woman kicked to the curb for one with a bigger butt."

Safe and cautious Ava finds herself engaging in activities that have her stomach in knots and drives Mac insane with the potential danger to her. Mac has had a security detail on his friend's sister since the birth of his company. Jealously hits him when her thrill seeking leads her to the back of his friend's Harley.
"I mean...is there something I need to know about you and Dom?"
"Would it bother you?"
"You have no idea, Avie. He's my brother, and I'd give him everything I have...but not you, baby. Never you. You. Belong.To.Me."
Swoon, right? Even after that, she continues her thrill-seeking. At this point, she is still trying to grab the attention of her man, but she finds that SHE needs this too. Ziplining, parasailing, a hang-gliding class and pushing every boundary she knew. Gwen catches on to the underlying feelings and leaves him open to pursue what he has longed for his entire life. The road to his HEA is not one filled with green lights and smooth roads. Luckily for Ava, Mac is in this for the long haul.
"Oh God!"
Mac chuckled as her kissed her thigh before standing. "I'm not God, baby, but I'm flattered that you think so."

I think this book had the most passion from the Danvers crew. Not that the love shared in the previous books were lacking, it's just... this is Mac & Ava. I have (and I am sure TONS of other readers) been waiting for their story to unfold. And it was told with such intense emotion and not simple ease of friends to lovers. There were fights, lies and motorcycles. All this unfolds while Sydney stays true to her Danvers style and throws you friendships that are such a riot to watch form. Ava has always been so closed off to everyone she doesn't have friends other than Mac, so watching Suzy, Emma and the gang embrace her is perfection.
With a cocky grin, Emma said, "Yeah, I know. You Stones can't resist me. I think it has something to do with my sex appeal."


Without giving away anymore, I give yet another FIVE to Sydney Landon and her latest glimpse into life at Danvers. Now, before we go and give her all kinds of love... I need to share the BEST part of the book. (For me at least!) Look at these acknowledgements!!!