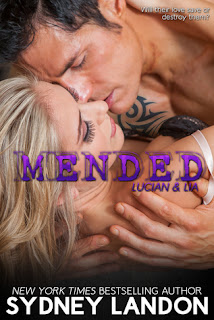 THE STUNNING CONCLUSION TO THE LUCIAN & LIA TRILOGY... My name is Lucian Quinn and I own one of the most successful software companies in the world. I’m twenty-nine, rich and single. Impressive right? I’m also a favorite target for every hungry socialite looking to land the uncatchable catch. Maybe it sounds vain, but the fact that I’m a God between the sheets doesn’t hurt my stock any. What these women don’t know though is that I’m completely screwed up and damaged beyond repair by my past. The only part of me I’ll ever willingly give them is the hour it takes to make them scream…several times.
Then I saw her… I’m Lia Adams and I’m in my last year at St. Claire’s University in North Carolina. I grew up with an abusive mother, and a twisted stepfather who was worse…so much worse. I’m so close to escaping from my past and making my dreams come true. I’ll do anything necessary to survive, even work as an escort to help pay for my college expenses. The men that I accompany to various events as an escort for Date Night are mostly harmless and just want an attractive woman on their arm for an evening. It has never gone further than that…until him… Lucian finally shares his past heartache and guilt with Lia. Free of the shadows that have haunted them, they are ready to move forward together. Until…the woman who destroyed Lucian’s life eight years ago is suddenly free. Lucian is in a frantic race against time to convince those around him that Cassie is the ultimate threat to all that he holds dear. He’ll stop at nothing to protect the woman he loves even if he has to wage a war against his best friend to do it. .

***
The time has finally arrived. The incredible Sydney Landon has finished Luc & Lia's story. And what a story it has been. If you did not catch my reviews for the first and second in this trilogy - have no fear, Cat is here! CLICK HERE for my review of PIERCED and CLICK HERE for my review of FRACTURED
Now for the conclusion in Mended. You are reunited with Lia and Lucian in their quest to find true love in a world that has been anything but kind to them. "Two damaged, broken people looking for the person who could make them whole again. I am his and his is mine. Of this, I am certain. " The thing about Sydney... she writes passion like nobody else. She pens these relationships where they... "...I can't fuc---breathe without her." And she does it with such ease and believability that you find yourself unable to breathe without these characters. You find yourself needing them to find their way or you don't know how you will ever be whole. Silly, right? Nope! That is damn good writing.  And this isn't your run of the mill, cookie cutter romance. "Not everyone has a shiny, perfect kind of love. Sometimes it's messy, complicated, and painful. It doesn't lessen the depth of the feelings involved though." 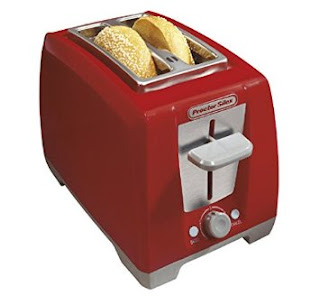 So many things about this book made me smile. While the world around them seems to be crumbling at every opportunity, and chaos continues to ensue - there is still humor between the two of them as they find the kind of relationship that works for them.
"Now, finish eating. I worked my ass off on that breakfast."
A giggle escapes as I look from him to the bag of bagels sitting beside the toaster oven. "You're my hero," I deadpan, trying to hold a straight face.
"Damn straight."

Put aside the EPIC romance that is Luc and Lia - you have this amazing cast of supporting characters, which I have said before and I am sure I will say again: "SYDNEY ROCKS AT HER SUPPORTING CAST!" I have never been quiet in my love for Rose & Max. And Rose goes a little crazy in her quest for the unobtainable. When their story comes to life, that is going to be one laugh out loud roller coaster of awkwardness. But, Aidan. Best friend of Lucian. Sweet to the core. BUT, Aidan and Lucian are boys. And boys will be boys. And these situations caused me to bust out into laughter while reading.
"...Sometimes you just want your dick sucked without having to work for it." The smirk on his faces says that he's joking ---at least partly. For his sake, I hope a lot.
"I have no idea why you're not married." I try to keep a straight face.
Aidan is one tortured soul. He came from a loving, two parent household in which his parents doted on their only son, but when his heart wants what it can't have - life can be hell.  If I could pick only one of Sydney's books to read in the future (which I hope is NEVER the situation) - it would be Aidan's. His story in this installment has me begging for more. Rose's book is next, but I wish I could just jump ahead to Aidan. I feel like he needs me. :)

Did I tell you anything? Nope. Can't. Won't. This conclusion to Luc and Lia's story is jam-packed with so much. You have fires, parents, new business opportunities, babies, shopping, LOTS of food, public displays of lust, graduations, proposals that you would not expect (and their fall on the floor reactions!) revealed pasts, jail-yard justice, bagels with blueberry cream cheese, an incredibly hilarious threesome offer with a ditsy bartender and her boyfriend and so much more. How could you NOT want to read this book?!? Unless you are roommates with Cassie! And even then, you will probably still read it whenever you were able to remove the straight jacket. Before I leave you to either ONE-CLICK Mended to read the conclusion, or ONE-CLICK Pierced to START the series, let me share with you my final two tidbits.
1) I adore Sydney. I cannot wait to finally meet this gem in person. Seeing my blog's name in her acknowledgements and MY  NAME there too has been such a friggin' moment for me - I want to frame it and cherish it forever. Probably will. *Insert Fangirl Squeal Here*
2) There was this one line of the book that made me smile. Probably because it is so beautiful, and is so fitting for our blog.
"If I live a thousand lives, it still won't be long enough to show you all of the love I feel when I see, feel, or think of you."