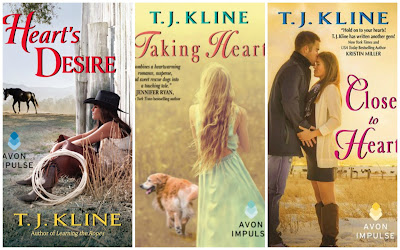 T.J. Kline first stole my book heart with her amazing Rodeo series. Let me dust of them cowboy boots and head out on the circuit. I was roped in! (Pun totally intended!) Her latest series, Healing Harts, is one of those series that grabs a lot of your heart strings and doesn't let them go until you are a whimpering emotional wreck in the corner rocking back and forth need of a hug. Wow. In a GREAT way, of course.

Heart's Desire you meet "Jessie Hart has a soft spot for healing the broken, especially horses and children, but her business is failing and bankruptcy is looming. The one man who can save Heart Fire Ranch is the last man she wants to take advice from—financial expert Nathan Kerrington, the same man who broke her heart eight years ago.
Nathan Kerrington has it all, except the one thing he wanted most—Jessie. Now that he’s finally freed himself from his corrupt family, he wants to make amends. When he’s called in to save Jessie’s ranch, he sees his chance to win her back—if only he can prove to her that she can trust him with her heart…" (Blurb from Goodreads)

I adore Jessie. She is snarky and the kind of girl I could be friends with in a heartbeat. Nathan may have broke her heart over 8 years ago - but she is still going to give him a hard time as if no time has passed. And then there is Nathan. Nathan is so not a cowboy. At first, this hurt my heart. *sigh* But, Nathan's chemistry with Jessie and the rest of the Hart family allowed for me to forgive 'Wall Street' for his ties and lack of dust on his boots.  "Nathan Kerrington. You've got some brass ones showing up here." Gosh - even his name is stuffy. Jess in her jeans and Nathan in his polos and slacks seemed comical to everyone (Except Justin - who is unaware of their history!) - but you get to catch glimpses of the moments when they let their guards down and see a real sense of love and respect forming.
"I'm not going to hurt you," he whispered.
"Yes, you will," she disagreed. Her voice choked with emotion she didn't want him to see. "You're going to destroy me."
Without giving too much away, this romance is full of mystery, shady supporting characters, death, murder, embezzlement and so much more. I was shocked with some turns this book took - but so excited to turn (or swipe!) each page. The confidence that Jessie showed as the story developed made me proud. 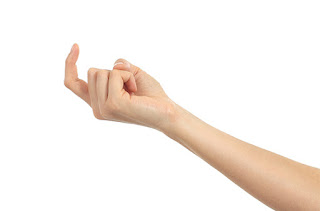 She'd no more closed the door when Jessie crooked a finger at Nathan.
"You think that's all it takes, woman?" he asked.
(spoiler? That is all it takes!!!!)

Taking heart brings you back to the Hartland (hehe) to dive back in and find out about how "Julia Hart knows how much good she does training therapy dogs—it's what helped her overcome her own trials after a relationship turned unexpectedly violent. But moving beyond her mistakes meant trusting only her family with her heart.

Dylan, a former soldier, has run out of hope for recovery. Plagued by nightmares and flashbacks, he doubts anything will help him overcome his PTSD. When his brother convinces him to try one last time, he agrees to get a therapy dog.

Dylan didn't expect to find Julia or a chance for a "normal" future again. But when Julia's attacker is released from prison, Dylan and Julia will have to face the past together. " (Goodreads Blurb)

Julia doesn't do much other than spend time with her siblings and her dogs. Her past experiences have left her unable to trust anyone aside from her dogs. Pairing the right dog with the right person is her passion in life. Dylan is humoring his brother's final attempt to help him with his PTSD and lack of luster for life. He didn't know what he was getting himself into with a Hart woman. They are a damn handful. Totally worth it, but still. One thing I was waiting for was the initial showdown between Dylan and Justin. Those two are such men. Let the pissing battle ensue.
"You don't like me, I get that. I can even respect that, but could you at least show your sister some gratitude for her hospitality and stop making her feel like her every move is being scrutinized?"
Justin took a long draw from the bottle and met Dylan's gaze, his brows climbing high on his forehead. "Not a man to mince words, huh?"
A few thoughts on this installment from the Hartland: 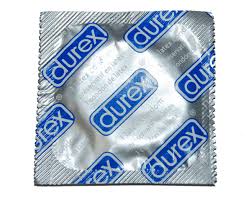 In Close to Heart, you finally get to see the inner-workings of the only brother on the Heartland, "As the only veterinarian in town, Justin Hart doesn't have time to think about romance. So when A-list actress Alyssa Cole crashes her car outside his clinic, it's entirely unexpected when there's a spark between them he can't ignore. Still, she's a movie star, and he's just a small town cowboy.
Alyssa has learned the hard way not to believe first impressions, especially not in Hollywood. But, 400 miles from her former life with nowhere to go and no one to turn to, she places her trust in the handsome vet who comes to her rescue.
There's no denying the connection between them, but when Alyssa's past shows up at the door, will their new relationship be able to withstand the storm?"
I just love how this couple comes to play. He doesn't do commitment, and she is married AND expecting. TJ really shows us life is funny about giving us what we need and deserve. Lyssa is a quiet and submissive soul when Justin finds her stranded outside of his office. As she realizes she doesn't need to settle on what she has been told she deserves - the fire she had starts to show itself, and Justin and I both laugh. 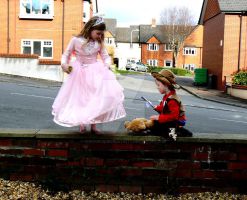 "I was just waking you up. I thought that's how you princesses liked it."
She frowned, letting her gaze slide over him. "I don't remember Disney ever having a jack-ass in one of their movies.
"Ouch! You wound me, m'lady."
Justin lacks the confidence to think he can provide and be what Lyssa wants and needs and so he thinks... He's better savor every moment because it wouldn't last. Woman like Alyssa, with champagne dreams, didn't want to settle for a country vet with a beer budget. And then you have Lyssa who is so filled with her renewed sense of freedom that she doesn't want to allow Justin to take care of her because she fears it is what she is escaping with her ex.Lyssa shook her head and arched a saucy brow at him. "Look, Aquaman, I'm not letting you boss me around, too." Happy to see the spark in her, Justin simply replies, "I thought we agrees, I'm more like Thor." 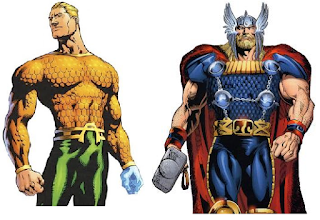 I don't want to give anything away, but you get one laugh-filled proposal, a WHOLE lot of sass, comic book love and a sense of complete in the Hartland. If you love a well-written story of love with a little country and a whole lot of real emotions from fear to laughter to the overwhelming need to protect by any means necessary - then this series is JUST FOR YOU. Before I leave you to go ONE-CLICK, I must leave you with some parting thoughts: