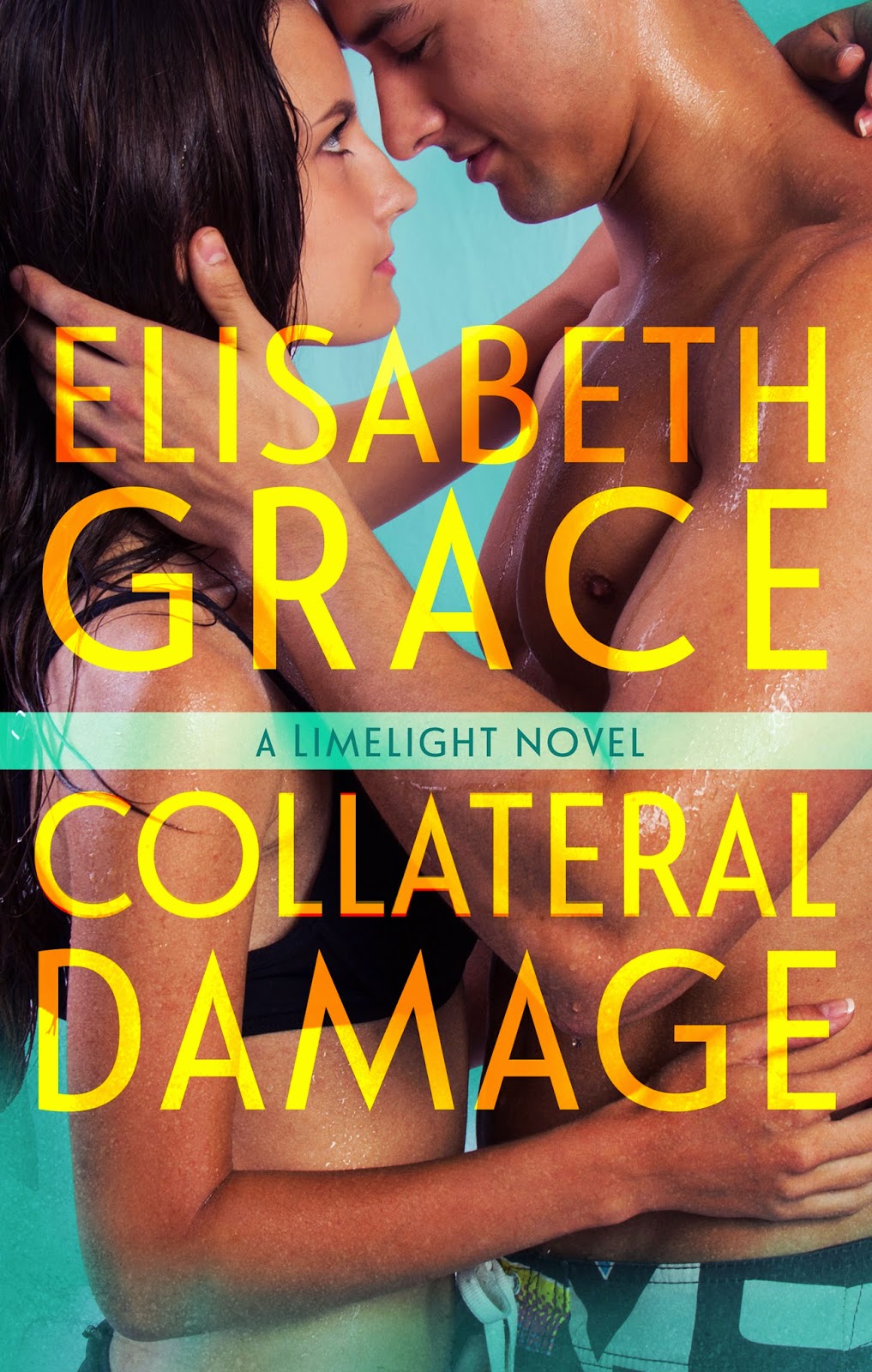 Now trending.
Hollywood It Girl, Francesca Leon, has just landed the biggest role of her career…one that could clinch an Oscar nomination and open doors. If she’s going to move her career to the next level and work with top directors, she has to nail this part — and keep her sexy, but unreliable leading man from screwing everything up.
Team Calder
Bad boy Calder Fox is the son of Hollywood royalty and fresh out of rehab after his best friend’s death sent him on a downward spiral of drugs and alcohol. While his fans still love him and the paparazzi stalk him, he’s never taken life, or anything about his career, seriously. He may be charming and drop-dead gorgeous, but if he doesn’t stay sober, he could ruin Frankie’s future and expose her long-hidden family secret to the voracious media.
Behind the scenes.
Things heat up during filming and have the potential to become hotter, deeper, and much more real. But can Frankie trust Calder with her secret? Or is he doomed to sabotage his own happiness yet again?

***I received this book in exchange for an honest review***
Readers first met Calder Fox in Picture Perfect. (Click here to see my review!) And as a reader I knew that he would be an intense story to read. A perfect blend of unobtainable and down to earth real is what Elisabeth accomplished when writing Francesca and Calder's story. You are introduced to Calder, and automatically except a challenge seeing as he is the product of the business. His parents worked in this business and he is a child star with a reputation that puts most others to shame. Deep down? He is struggling with his personal demons and his feeling unwelcome and not respected. He even feels this way around his new co-star, Francesca Leon. (Frankie to her friends and family.)
Frankie is another testament to Elisabeth's ability to write characters that are so real - you forget you don't actually have these fictional characters in your life. Frankie loves what she does. Acting has always been an escape for her. The hard part? Keeping her mom safe from the scrutiny that the paparazzi will serve if they found out their secret. She was not your typical Hollywood starlet, and was determined not to fall into Calder Fox's charm.
Sure, it was no mystery why A-list celebrities dropped their drawers for the 'Hollywood Fox,' but it pissed me off to know I could be affected by his charm.
Both Frankie and Fox need their current project to be successful for entirely different reasons, but help each other out because a friendship is formed and a genuine desire to see each other achieve greatness is there. Other desire, as well. The tension that forms in this "relationship for the press" is perfection to me. It is filled with tension, uncertainty and a whole lot of teasing.  They both feel what they are feeling, but their lack of confidence doesn't allow them to be open with each other. Instead, every real moment is brushed under the rug as fake or not as important as it feels to them. The teasing is my favorite part. Calder brings out the spontaneous side of Frankie, and it is epic.
"Fine. I was thinking about your cock. Your long, hard, manly cock. I walk to talk about your cock. All I want to do all day is discuss your cock. How it looks, what it feels like, how big it is. Cock, cock, cock. Satisfied?"
Elizabeth doesn't downplay the struggles with Calder's addiction or the fact that it is something he will always have to deal with. She sheds light on a serious and way to common issue today. The realness of his struggle was commendable. Nowadays, stories with serious issues are often handle in such a "Here is the issue - Now it is fixed" kind of way; that is takes away some validity to the story. Not here. Even when the story is being tied up, he fiddles with this One Day sobriety chip as a reminder.
With their story blooming before your eyes, you also get to see a story of family that is beautiful beyond words. Calder and Frankie's mom have this unique connection that I doubt either could explain.
"I know what it feels like to be broken, Frankie. I would never treat her any differently than the way I did. We might not be fighting the same war, but a battle is a battle."
This was my FAVORITE line from the book. Such profound words that can be applied to so many life situations. It spoke to be long after I read it. 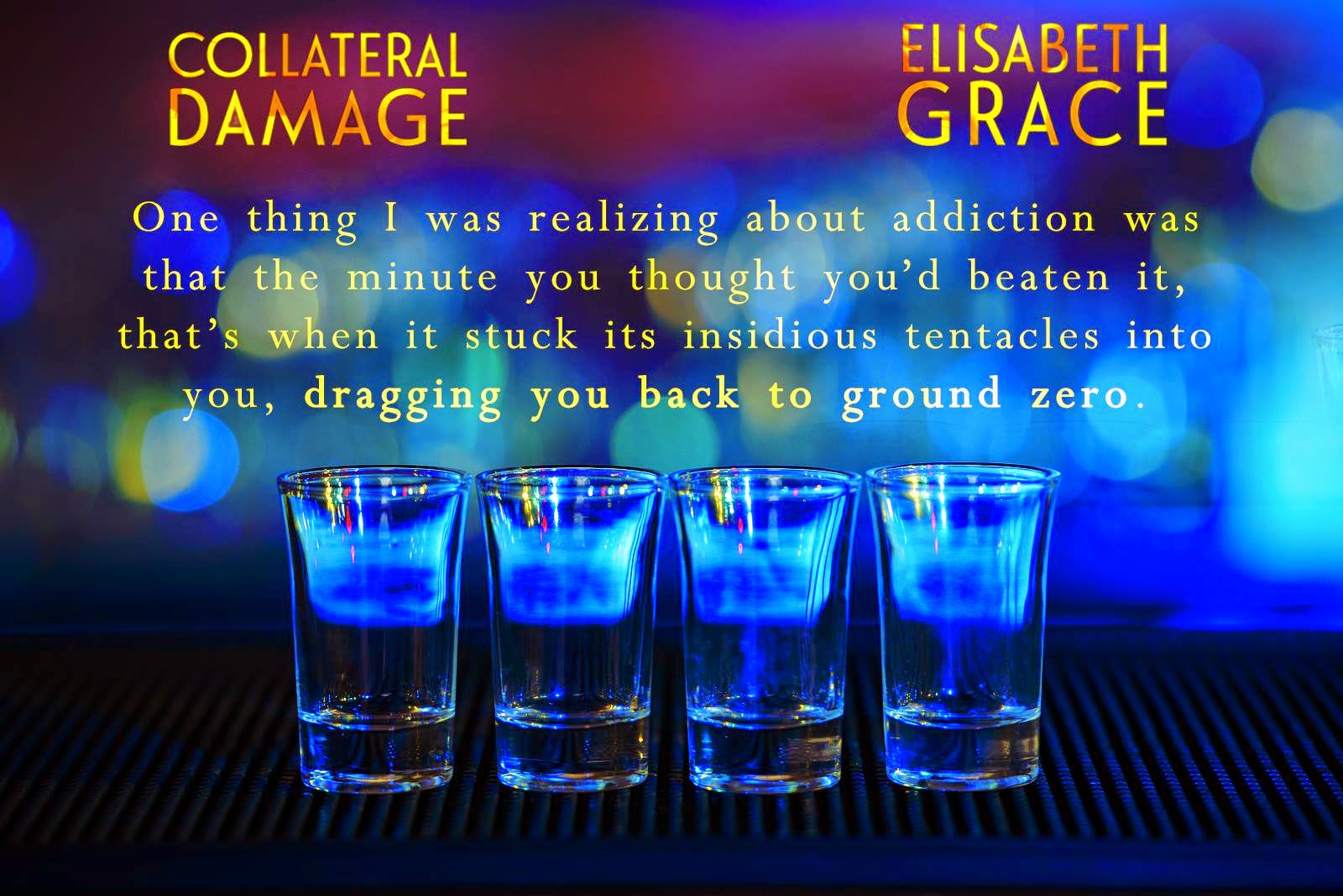 Collateral Damage was a FIVE for me, and I am eager to read Elisabeth Grace's future work. Now, let's show this lady some Social Media LOVE!
Elisabeth's Website
Elisabeth's Facebook Page