Meet "Jennifer Ryan, New York Times and USA Today bestselling author of The Hunted and McBrides Series, writes romantic suspense and contemporary small-town romances.
Jennifer lives in the San Francisco Bay Area with her husband and three children. When she isn’t writing a book, she’s reading one. Her obsession with both is often revealed in the state of her home, and how late dinner is to the table. When she finally leaves those fictional worlds, you’ll find her in the garden, playing in the dirt and daydreaming about people who live only in her head, until she puts them on paper.
Please visit her website at www.jennifer-ryan.com for information about upcoming releases." (Bio from Goodreads)

***
I first fell in love with Jennifer Ryan's books when I met Brody McBride in her Meet the McBride's series. Jennifer has this magical way of filling her romance with these intense suspense-filled plots that fit perfectly with the budding romances that we all desire when picking up a book with a handsome man on the cover. :) Ms. Ryan does not disappoint with her Hunted series. I can't sum these books up easily, so I have decided to do a list of what you might find, my favorite quotes and lines, and anything else I can think of. After that you will find a short summary of each book in the series. :) 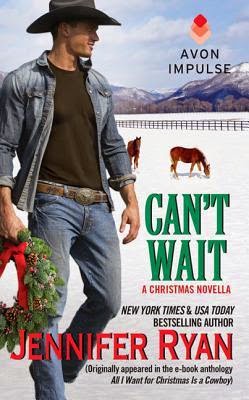 CAN'T WAIT
Originally appeared in the e-book anthology All I Want for Christmas Is a Cowboy.
Jennifer Ryan, author of the New York Times bestselling The Hunted Series and the upcoming Montana Men Series, takes us to the very beginning in this Christmas prequel about two people who finally receive the one thing they've always wanted … each other.
Though she is the woman of his dreams, Caleb Bowden knows his best friend's sister, Summer Turner, is off-limits. He won't cross that line. Summer shares a connection with Caleb she's never felt with anyone else, but the stubborn man refuses to turn their flirtatious friendship into something more. Summer will have to take matters into her own hands if she wants her cowboy for Christmas.

***
Can't say much without giving the story away,  so I will say this: This novella ties your favorite McBrides with the Turners and all those favorites you will meet in the Hunted series. 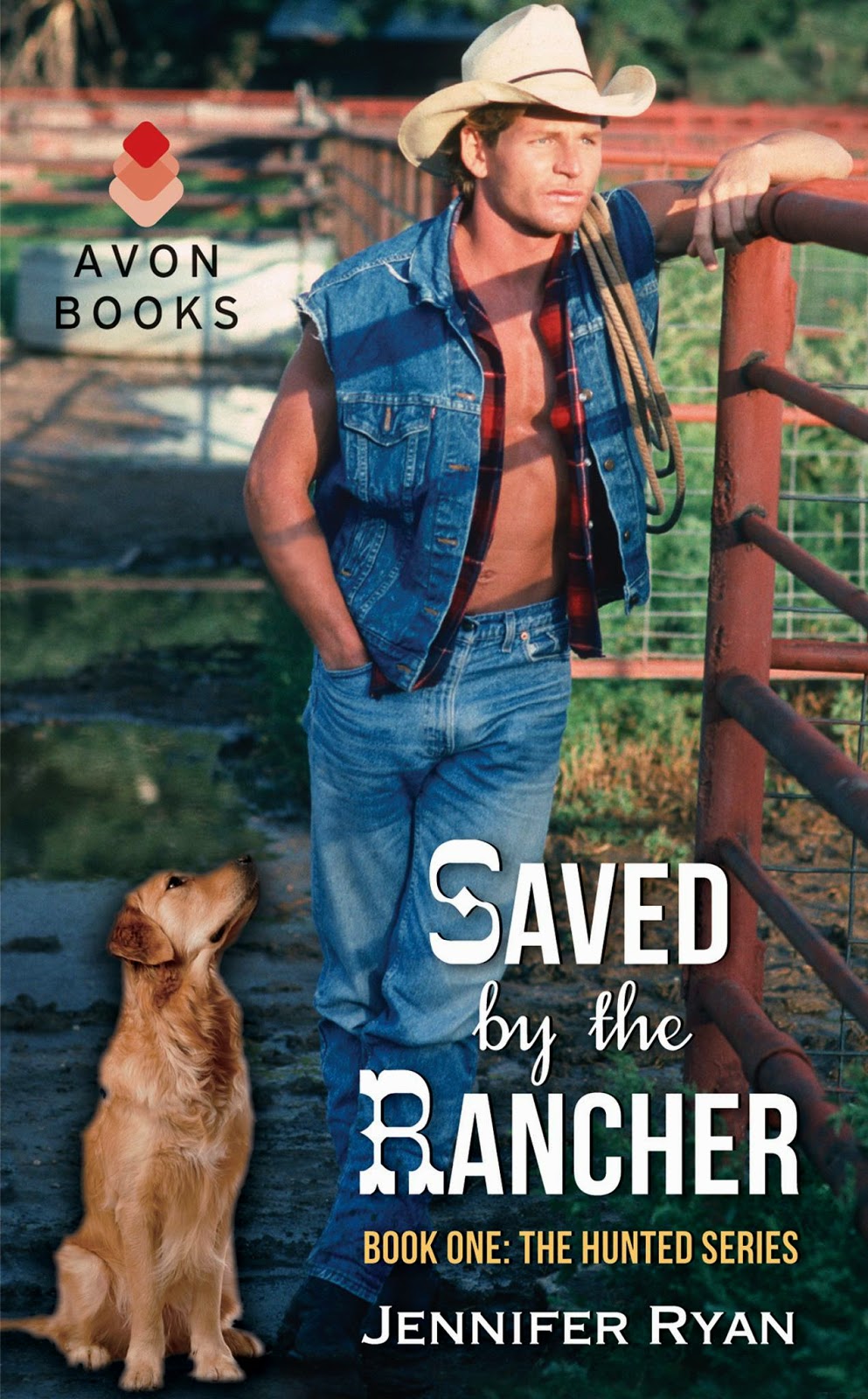 SAVED BY THE RANCHER
From the moment rancher Jack Turner rescues Jenna Caldwell Merrick, he is determined to help her. Soon, he is doing more than tend her wounds; he is mending her heart. Jenna is a woman on the run - hunted down by her ex-husband, David Merrick, from the day she left him, taking part of his company with her, to the second she finds herself in the safety of Jack's ranch. More than just a haven, Jack's offering the love, family, and home she thought were out of reach.Jack's support will give Jenna the strength she needs to reclaim her life. The hunted will become the hunter, while David gets what he deserves, when they have an explosive confrontation in the boardroom of Merrick International. But not before Jack and Jenna enter into a fight... for their lives. 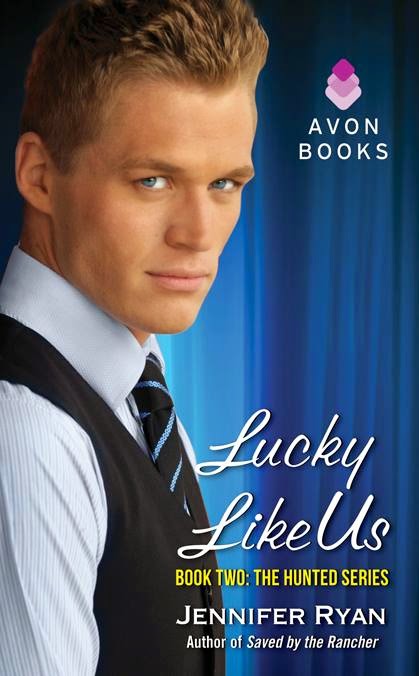 LUCKY LIKE US
The Hunted series continues as Special Agent Sam Turner discovers that protecting the FBI's star witness is more difficult than he thought!Bakery owner Elizabeth Hamilton's quiet life is filled with sweet treats, good friends, and a loving family. But all of that is about to turn sour when an odd sound draws her outside. There's a man lying unconscious in the street, a car speeding toward him. Without hesitation, she gets the man out of harm's way before they're run down.Unwittingly, Elizabeth has put herself in the path of a serial murderer, and as the only one who can identify the FBI's Silver Fox Killer, she's ended up in the hospital with a target on her back.All that stands between her and death is Special Agent Sam Turner. Against his better judgment, Sam gets emotionally involved, determined to take down the double threat against Elizabeth—an ex desperate to get her back, despite a restraining order, and a psychopath bent on silencing her before she can identify him.They set a trap to catch the killer—putting Elizabeth in his hands, with Sam desperate to save her. If he's lucky, he'll get his man … and the girl. 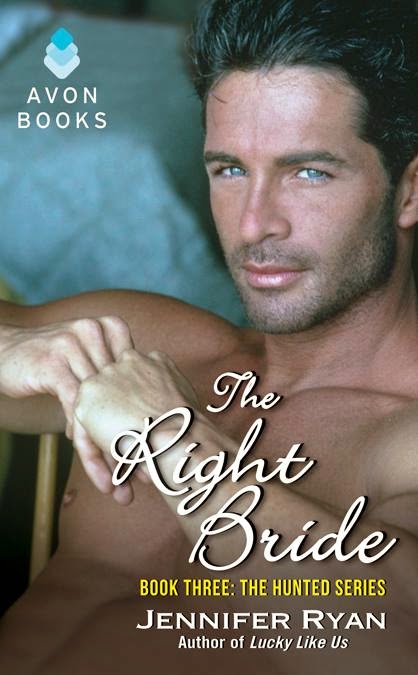 THE RIGHT BRIDE
High-powered businessman Cameron Shaw doesn't believe in love—until he falls head over heels for beautiful, passionate, and intensely private Martina. She's perfect in so many ways, immediately bonding with his little girl. Martina could be his future bride and a delightful stepmother … if only Cameron weren't blinded by his belief that Shelly, the gold-digging woman he's promised to marry, is pregnant with his child.No matter how much his friends protest his upcoming marriage to Shelly, Cameron knows he has a duty to his children, so he's determined to see it through.Will he find out in time that Shelly's lying and Marti's the one who's actually carrying his child? It'll come down to the day of his wedding. After choosing Shelly over Marti at every turn, will he convince Marti she's his world and the only woman he wants? 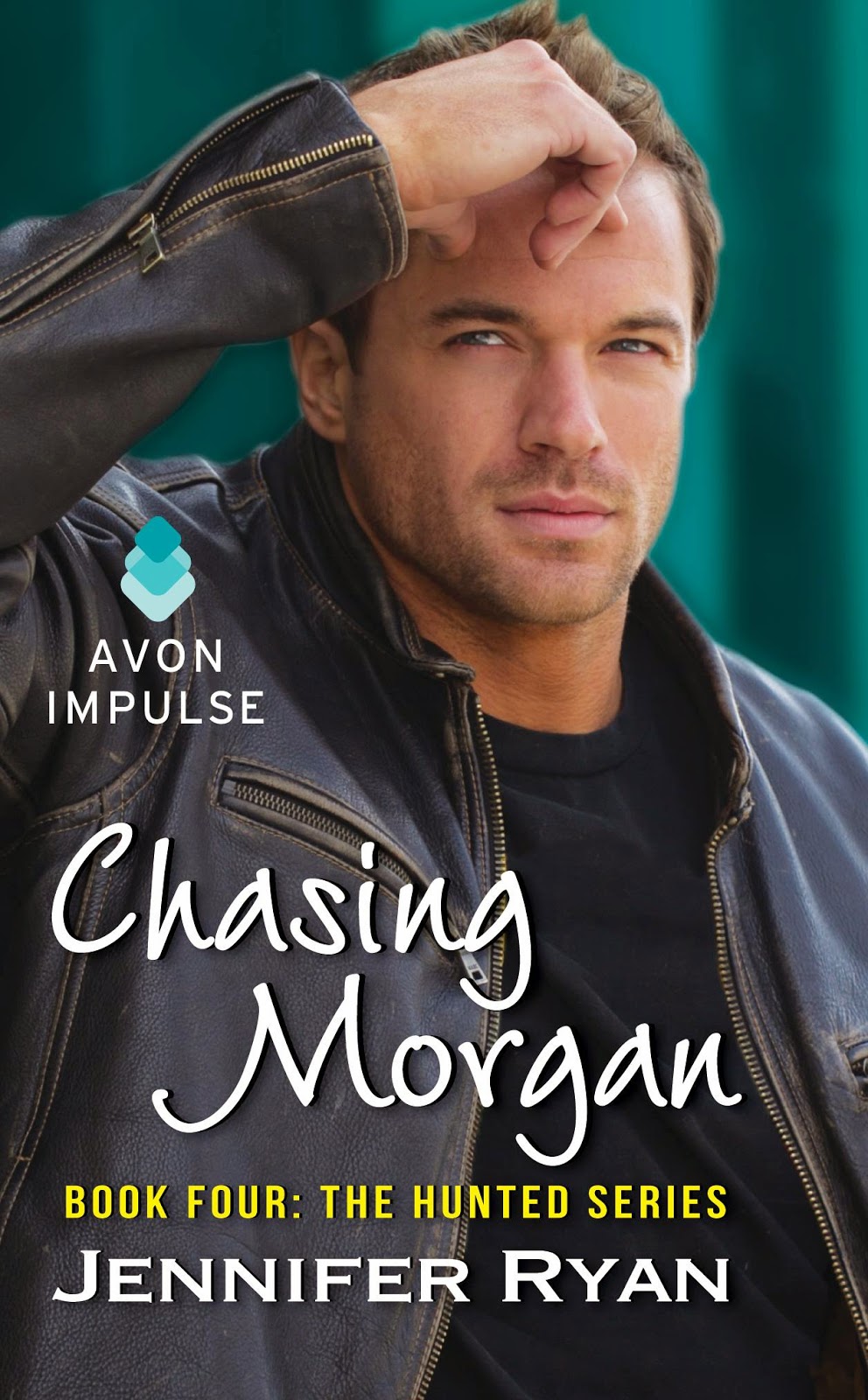 CHASING MORGAN
FBI agent Tyler Reed trusts only facts and evidence, until the day a beautiful blonde delivers a life-saving warning ... based on nothing more than a vision.Five years later, the mysterious Morgan Standish has used her talents to help Tyler and the FBI bring down countless criminals. Still, Tyler knows next to nothing about her. She contacts him by phone—and by some sort of psychic connection he's not prepared to admit exists—but has not shown herself once. Until now.Morgan's gift may let her see things others can't, but it comes at a price. Getting too close to anyone is dangerous, especially the gorgeous, moody Special Agent Reed. For she's seen the future: if they meet again too soon, an innocent could be lost.But when Tyler's latest case forces Morgan out of hiding, she is the one thrust into the path of a serial killer, the Psychic Slayer, who will stop at nothing to protect the secrets only Morgan can see.