Trouble with Sexy/I Put a Spell On You 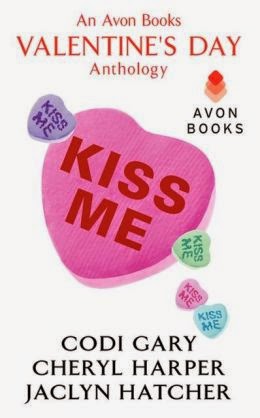 The Trouble With Sexy
"If a woman doesn't get any of those heart-shaped boxes of candy or a dozen red roses, she'll sit in front of the TV with a pint of Ben & Jerry's Half Baked, crying pathetically while watching  The Notebook."

By now, y'all know I am a HUGE Codi Gary fan. I kind of devour everything she writes. I am sure if I lived near her, I'd find out where she grocery shops who I could read her lists! But, somehow I missed her very first story that got her in with the lovely folks at Avon. 'Trouble With Sexy' stars the prim and proper, Ryan Ashton who has pined for her boss, Gregg Phillips. With a little help from an unlikely friend, she shows him there is another side to her.

This story takes place during the 7 days before Valentine's Day in the quaint town of Rock Canyon. Ryan and Gregg work together at the local photography studio. Friends who constantly bicker with each other, you can see where a closeness might form.

He tries to invite her out for Valentine's Day since both are unattached, but she politely declines. That leaves him unsure with her feelings toward him and leaves her asking Gracie for help finding her "sexy," but not before what I find to be an uncomfortable interaction between friends.

She swallowed a little. "Gregg, we're friends right?"
He cocked his head and gave her a small smile. "Of course."
She twisted her hands in her lap. "And you'll be honest with me?"
He sat on her desk and nodded. "Sure."
She cleared her throat and whispered, "Do you think I'm sexy?"
After the makeover of a lifetime, Ryan and her new friend, Gracie head to Buck's to show off her new look. Heads turn and her dance card fills up pretty quickly. She can't help but compare them all to Gregg. The signs seem to be there for everyone to see, except each other. I will tell you, I am such a sucker for a man who gets all protective of his woman. When he laid Wayne out - I was a goner.

Things progressed pretty quickly for these two friends while they admitted to feelings that were always there. I adored the awkward and clumsy moments that the dolled up Ryan had. She had an unfortunate incident with a pair of heels that showed Gregg's sweet and silly side.
"Why don't we just pretend it was a clever ploy on your part so that I'd be forced to hold you tight?
Her mouth twitched. "That's awfully chivalrous of you."
He shrugged. "What can I say? My mama raised me right."
She laughed and started to pull away. "Thanks for catching me."
"Anytime."
And finally you get to the auction. Oh man, that auction was the perfect setting for disaster. Jealously runs wild in situations like these. Codi's spin on an obviously tense scene made me love her style even more. You see a demanding side of Ryan and a hilarious side of Gregg. Oh course, I am NOT going to give it away - but I will hint at you the outcome.
The kiss ended when Buck tapped Gregg on the shoulder.
"I love a romantic gesture as much as the next guy, but maybe you folks could move it off the stage?"
AN EPIC start to an amazing series. I can see why Avon snatched you up Codi!

I PUT  A SPELL ON YOU 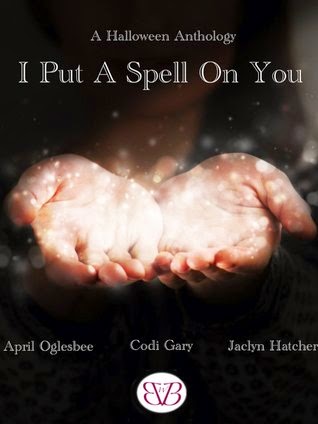 "I am about to impart my last bit of wisdom on you, Deana Sawyer. You will never be one of the popular people, with their perfect hair, faces and charmed lives. You will always be a clumsy, bookish girl who people will tease and ridicule."

I was excited to find that Codi's Loco, Texas series also had a short story beginning. This sweet story about a second chance at a first love will have you on the edge of your seats. Deana and Finn had a whirlwind crush-ship (not relationship, not quite friendship) in high school that abruptly ended leaving De devastated. Reunited, there were obviously still some feelings. "They were hot, smexy feelings." Finn left Atlanta and came back to the little town of Loco surprised to run into De. (Otherwise known as Disaster De to everyone else) Deana continues to blow off the advances of Finn until he pulls the COP CARD.
"Ok, well, very very drunk, you are disturbing the peace, so let's say I take you home?" Finn asked, reaching out to grab her waist.
"Yours or mine, handsome?" She quipped, trying to hold a sexy face before she erupted in a fit of giggles. "You are handsome, almost pretty. Do you think he's pretty?"
In this short story, you are enticed by cops who fill out the uniforms so well, worried by the curses brought on by a smashed pumpkin when you were eleven and the stalker who is out to get you on Halloween. I adored all the layers to this story. While you were falling in love all over again with Finn, you were watching over your shoulder and worried about the next accident. Would it be your hair? Would you trip on your heels?

It is fun to see Red, Jake and Rand before their stories took place. And this couple is such a riot to be around. One minute she is walking in a Red Hiding Hood costume that is TOO SMALL refusing a ride from him. The next minute he is offering to sleep on the couch and this is what happens.
"Do I still need to make up a bed on the couch?"
Taking the lobe of his into her mouth, she countered, "If you try, I'll have to kill ya."
The only thing I could have hoped for in De and Finn's rollercoaster/scary movie moment is that is was made into a full length novel. Both characters seems like this wasn't the end of their story. Maybe an appearance or two in future Loco books?. After all, what is better about a small town then knowing everyone's business?