Bound By His Desire 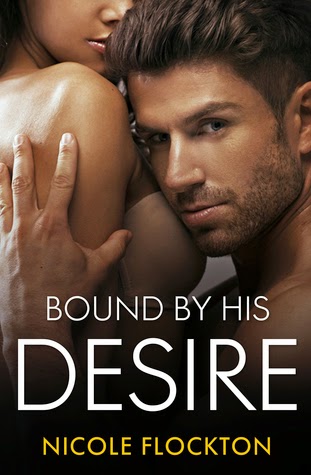 Nick Rhodes has been burned before, so when he hires a new assistant, he has one rule: no emotional attachments. On either side. Pamela Bishop is everything he needs in a professional colleague, and comes with an ironclad guarantee – she absolutely will not fall in love with him.Pamela Bishop has only one goal in her new job: getting on top of the mountain of debts incurred through her mother’s medical expenses. Jeopardising this chance by falling in love with her arrogant, if handsome, employer is the last thing she would ever do.But as the lure and romance of New York City surrounds them, and Pamela and Nick find themselves spending more and more time together, they can no longer ignore the attraction flaring between them.Nick has always lived by his own rules – can he learn to break them in time to grab this one chance at happiness?

Anticipated Release Date: October 22nd, 2014
Add to your TBR Shelf on Goodreads
***Received this title in exchange for an honest review***

Nicole continues the Bound series by welcoming you to the wedding of Jasmine and Luciano. Nick is performing his best man duties by checking out the bridesmaid who he didn't recall meeting at last night's rehearsal dinner. This bridesmaid turns out to be none other than Jasmine's current assistant. Luciano is trying to get Nick to give her a chance as his assistant since she is wanting to leave her current position with the departure of Jasmine. A good assistant is hard to come by, and Pamela is just that.

One problem. Nick has encountered several assistants who used their womanly ways to sell him out or attempt to make him 'marriage material' and after the kiss he shared with her at the wedding this could be a problem. Apparently, he underestimated his attraction towards her, and continued to offer her the position. 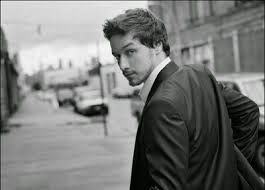 As he turned and walked away, Pamela wondered if he would look back and if he did, would it mean something, like everyone talked about in the movies. How if a guy looked back as he walked away, it meant he wanted her?
Her breath caught when Nick looked back over his shoulder and winked.

The attraction between the two was instant, but both Nick and Pam are so focused on the task at hand (for incredibly different reasons, which will be revealed as the layers of their hidden pasts are revealed) - it becomes humorous to watch each fight the attraction. When Nick is fighting the attraction, but hears that Pam is out at a NY dance club, his protective side comes raging out.
"I've come to get you."
...
"You always spoil my fun," she shouted at him. "Why are you here?"
He smiled; feisty Pam was in the house. As he stared down into her face he lost himself in the green pools of her eyes. The sounds of the music thumping through the club faded out of his conscious hearing. He reached one hand out and gently cupped her cheek.
"I told you, 'I've come for you.'"
Or when Ethan shows interest in Pam, inviting her to go on a tour of New York City - Suddenly, Nick has a prior engagement that requires Pam's attendance.
"Enough, Pamela. You have a job to do and arguing with me is not part of it, even though you seem to enjoy that pastime. Trust me, everything will work out."
"Fine," she huffed. "But it the dress is hideous I'm not going."
When the feisty Pamela decides to allow her heart to open up to this man who does things to her that can only mean LOVE, he suddenly is all business. She sees his pain, even when he thinks he has done a great job at masking it.
"Because we both need this. We both need to forget."
"It will only be a bandaid. The problems will still be there tomorrow."
"I know, but I know we both need this. I don't know what's going to come tomorrow or the day after or the day after that. But what I do know is that I want to explore whatever is happening between us. Because there is something, Nick, and I know you feel it too."
The storylines underneath the HEA you are hoping for between Nick and Pam are full of friendship. You have Nick as Luc's Best Man. And when Jeff is thrown into the mix, you know him from Jasmine and Luc's story, but you learn that all three men went to school together and the friendship stands strong throughout the test of time. Jeff sees the pain in Nick's eyes and calls him out. Offers a hilarious offer: "Do you want to go all girlie and talk about it?" This is what Nick needed. A swift kick to get him mind on straight. It was one thing to have Pam tell him he deserves love, or Luc & Jasmine who have found their happiness. When his seemingly lonely friend, Jeff unleashes this wisdom on him, he knows what he needs to do.
"Love makes you mess up." Jeff looked pointedly at him. "It makes you say and do things you wouldn't normally do if you were thinking unemotionally. Love also makes you able to acknowledge the fuck ups and fix them."
Finally, I love that Nicole went the route she did with this love story. Did Nick ultimately fix all of Pamela's problems? No. While she learned from him to ask for help, she relied on the help of her friends. Did Pamela fix the issues that Nick was dealing with? No. She offered her love and cared for him deeply, but he (also with the help of his friends) learned he could love, and it didn't have to be painful or tainted.
A few things I left with after finishing Bound By His Desire:
Before I bid you adieu, let's give this LOVELY lady some LOVE!!!