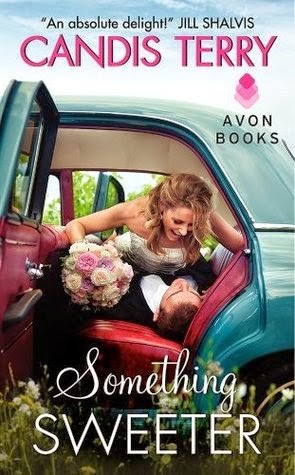 The men in Texas are hard to resist . . .Seattle event planner Allison Lane is an expert at delivering the perfect wedding—even if she might not exactly believe in the whole "'til death do us part" thing. When her father decides to tie the knot with a woman he barely knows, Allison heads to Sweet, Texas, to make sure his new honey is the real deal. What she didn't expect to find at the local honky-tonk was a sexy Southern man as bent on charming her pants off as he is on blowing her "true love doesn't exist" theory all to hell.And they always promise . . .Veterinarian, former Marine, and Sweet's favorite playboy Jesse Wilder takes one look at Allison and knows she's a handful of trouble he can't deny. But even after a sizzling kiss and obvious mutual attraction, it seems Allison has no such problem. When Jesse uncovers her sweet side, can he crush his playboy image, melt her cynical heart, and change her mind about taking a trip down the aisle?

The romance ninja, Candis Terry, welcomes readers back into the town of Sweet, Texas with a lot to take in. One upcoming wedding with two engagements. The Wilders are a busy bunch! In this 3rd installment, you get up close and cozy with Jesse Wilder. (My favorite!)

Jesse is Sweet's amused playboy. When a mysterious new girl shows up in the rowdy bar - his world is flipped upside down. Especially when she leaves him in the dust looking for her purse behind the bar. Jesse looked like a bona fide heart ripper. After this scene, I instantly knew this girl would fit in perfectly with the Wilder bunch she would encounter while she was visiting her Dad in Sweet.

Surprises were all the rage at Jana Wilder's impromptu party, and they were all in her new beau's truck. One of those surprises were the mystery woman from the bar. The one who said she was just passing through.
"Award-winning performance," he whispered against her ear. "You always that good at that good at faking it?"
The innuendo hit its mark.
Candis really takes Sweet to a new level. The first reason is being able to see the brothers interact with Jake. Jake is a riot, and calls it like he sees it with the rest of the boys.
"Ooooh," Jackson hooted. "Paddling upstream on the River of Denial."
With a toss of his white jacket on the peg near the desk, Jesse turned and headed for the door. "Y'all coming?"
"Nope." Jake grinned. "Just breathing hard."
And with Jesse being the main person smacking sense into his brothers in regards to their love lives, it is wonderful to see the tables turned on him. He doesn't like it much. Mainly because of this guilt he holds onto in his heart about losing his older brother too soon. And he has this insane idea that it is not in the cards for him. Jesse and Allie make such a train wreck of a couple. It is perfect!
"Is it going to be like this every time we're in the same room?" she asked.
"Like what?"
"Like a fuse has been lit, and we're just waiting for an explosion."
"God, I hope so."
"I didn't mean that in a sexual way."
Jesse takes on the challenge of changing her "realist" views on true love. Even in this attempt, it is for the sake of his mother's happiness. He always puts others (animals and people) in front his his own wants and desires. As they get to know each other with "dates" - they uncover things about themselves all while discovering their feelings for each other.
"I knew I'd fallen hard that night at the movies when you doused your popcorn in butter, then licked it off your fingers."
"That's lust. Not love."
"Yeah. The love part came when you were bawling your eyes out and wiping your nose on my shirt, and I didn't mind."
The way that Candis ties in all the supporting cast is incredible. You really feel like you are a part of the whole family. If you removed even ONE person from the story - it wouldn't be right. Every person plays a vital role from Chester and his irritation that the Wilder boys latch on to all the new women in town, not giving him a chance to Miss Giddy with her fashion sense. Jana continues to be the meddler, even if it was more subtle with this son.
"My mom always says that if you listen carefully, your heart will help you find that one person whose hand you want to hold until they take their last breath."
Allie and Jesse's HEA is (in my opinion) has the most bumps and hurdles, but that just made the GRAND GESTURE that much more swoon-worthy! The fact that they both had the GRAND GESTURE made the happily-ever-after even sweeter.

"You cut your hair!"
The corners of his mouth lifted into a grin, and her heart felt like it had been hit with a blowtorch.
"I fly two thousand miles to see you, and you want to talk about my hair?"

Another FIVE star read from Sweet, Texas! Let me tell you, if you haven't visited Sweet, Texas before - you are missing out! Candis pens the perfectly chaotic Southern town that will have you booking yourself the next ticket (One-Way... because WHY would you leave??) to Sweet to enjoy lunch at Sweet Pickens and visit with Jana. 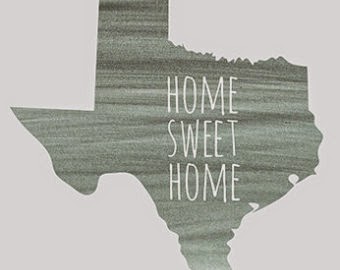