Dylan and Sawyer are two peas in a pod that couldn't be more different. Dylan is the product of a 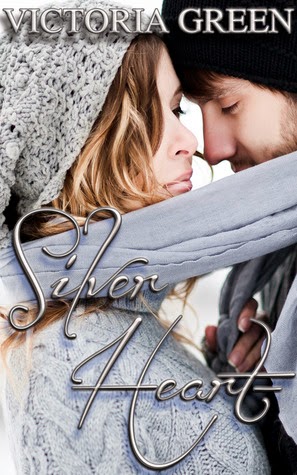 prestigious family and their expectations for her (and her brother, Adam) were off the charts. Sawyer's goals included saving his mother, sister and himself from an abusive, alcoholic father. At a young age, these two meet and there is an instant connection. A friendship is formed that lasts throughout the years. These two were ripped apart and it took six years, some snow, an overdue trip with her best friend, Maddie and a chance sighting to bring old and new (albeit underlying) feelings to light.

Sawyer followed his dreams and got out. A tattoo of a dove represents a part of him that wasn't so lucky. Nobody knows the meaning behind that body art, except Dylan. Seeing him again after all these years brings back memories of all the amazing times and even those that hurt her the most.

"And it was the you in 'You'll always be my favorite medal, Silver.' His very last words to me." 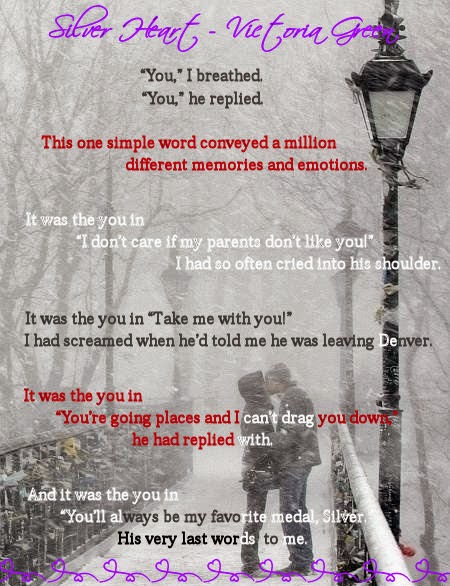 Victoria Green does a breath-taking job at penning this romantic tale of a second chance at a first love. Dylan, who goes by Silver, follows her parents wishes and desires by studying medicine and dating Preston. Even though Dylan never feels more at home than when she has a camera in her hand capturing the PERFECT shot, the "ONE," that is a silly dream... a hobby. This chance reunion with Sawyer brings up the courage to step out of her comfort zone... or at least try!

"And what if I fail?"..."Then at least you tried," he said, shrugging. "Every single one of my broken bones got me where I am today. The ones my father broke pushed me to go out there and get  better at snowboarding so that I could escape my reality. The ones I broke not landing on my board properly pushed me to train harder and get better. I don't regret a single fall, no matter how much it hurt..."

Sawyer was a lot of things to Dylan. Sawyer was the representation of the best times of her childhood. 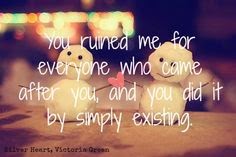 Sawyer was Adam's best friend. Sawyer was the first boy she ever loved even if she NEVER uttered the word. Sawyer was the only time she every disobeyed her overbearing parents. Sawyer is the boy she took care of when he was hurt at he hands of his snowboard or his father. Sawyer now represents courage to follow her heart, strength in the face of unbearable struggles and love and lust on an entirely different level than 16 year old Dylan ever experienced.

"It was a juxtaposition of love and torture, a mixture of madness and nirvana."

This is the perfect example of the new to the scene genre of New Adult. Victoria finds the perfect balance of romance and character development that leaves you wanting to know more about Maddie, Preston and those secret pictures and even left me wondering what happen to Mia. There was just enough lust and lime

Popsicle to leave me flustered. Damn them lime Popsicles.  Victoria Green has a lifetime fan in this lady!!!