Marry Me For Money 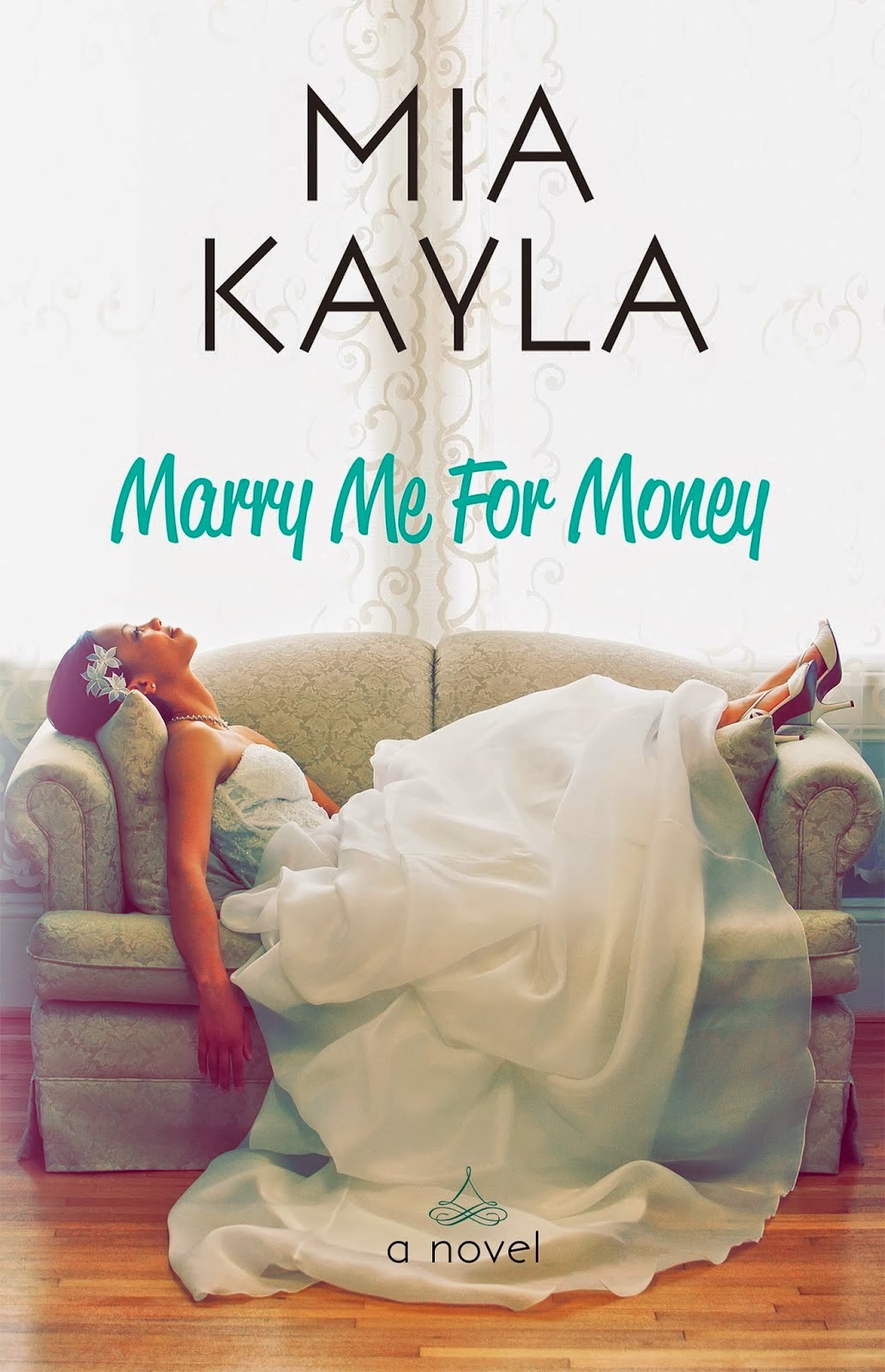 "Everyone always said their wedding day had flown by. This day was killing me, killing me softly and slowly." The prologue hooked me within the very first page. A romance starting with a woman who doesn't want to be at her own wedding? Intriguing!

Bethany Casse is new to Chicago and to One Financial Bank. Within 30 minutes on the job she is thrown into her first assignment, which is sitting in on a meeting with Jack Plack of Plack Industries at a restaurant within the county club. Jack's son, Kent was playing golf when his father called him to the table. No denying that Jack's son was a looker but his lack of ambition and drive knocked him down a few notches in Beth's eyes. They are thrown together in an awkward, albeit entertaining situation for her new job. "I've decided I'm not talking to you. I feel a headache coming on and I'm pretty sure it's triggered every time you open your mouth."

Eventually a friendly truce is called between the two. "JUST FRIENDS" And just friends they were. I adored the hilarious exchanges between the two. She shared stuff from her past that she didn't share with anyone, and he opened to her as well about his fears. "No, I prefer to avoid sexually transmitted diseases, thank you very much." is just some of the sassy comebacks Kent had to deal with from his friend Beth as she wondered "How the heck did I become good friends with a man-whore?"

The friendship these two formed was so fun to read. Often times, I felt like I was at the bar tossing back shots with them or watching reality TV while dining on pizza. They were there for each other to help with first dates, family trouble and even the matter of the trust fund which lead to a wedding filled with peach colored candles and dresses. "JUST FRIENDS"

Beth found a safe choice in Brian. "He was truly adorable - an all-American man package wrapped up in a suit. It wasn't that he was just good eye candy, but the fact that he was such a motivated go-getter added to his appeal." Kent was there for his friend when she was unsure as to date a co-worker. He truly just wanted her to find happiness. "Beth, if anyone deserves the movie ending, it's you."

I thought this friends turned lovers situation WOULD NEVER find their way into each others arms truly. Hell, vows exchanged and several close calls and they still had their own walls of defense up. Both fearing the unknown, the unsafe and the loss of their best friend. I loved the growth of their friendship as they neared closer to the wedding. One encounter where she found a frame that enclosed a picture of a nerdy, chubby kid is one of my favorites.
I gave him a cheeky grin as his eyes focused on the frame in my hands. "Yes, I was a bit chubby in my younger years, but kids were afraid to make fun of me because they knew I'd beat the living shit out of them," he said.
"Or eat them." I giggled.

You know you have found love when your pretend husband to be sneaks into the bathroom you are hiding in to calm your pre-wedding jitters with greasy fries he has stowed away in his tuxedo pocket. "Oh God. Mr. Plack, I love you," I said, snatching the paper towel out of his hand. Greasy, old fries never tasted better. JUST FRIENDS

The stories within this story were so well fit into the overall picture that you truly felt like you were watching a movie. The transitions between chapters were so smooth. And the moment "I'd realized that I was madly and deeply in love with my best friend. I didn't know where it happened or how it happened." was perfect! I was wanting to yell "WE SAW IT ALL ALONG!!! Just friends? YEAH RIGHT!"

This story was full of a ton of friendly GRAND GESTURES that built up to the epic love that is Beth & Kent. The finally gesture with the blindfold (NO, you kinky asses - although I am sure with the scene with Miss Red Heels that Kent is into that stuff!) was beyond heart-warming!

Before I leave you with my final and FAVORITE quote from the book, I need to tell you that I believe that Mia and I are soul mate friends. This book left me hungry! A lot of food was involved in this budding romance, and that is me! You get me with Jelly Beans or Taco Truck food and cupcakes! She and I would be amazing, and probably chubby (But HAPPY!) friends! Which leads me into this EPIC quote: