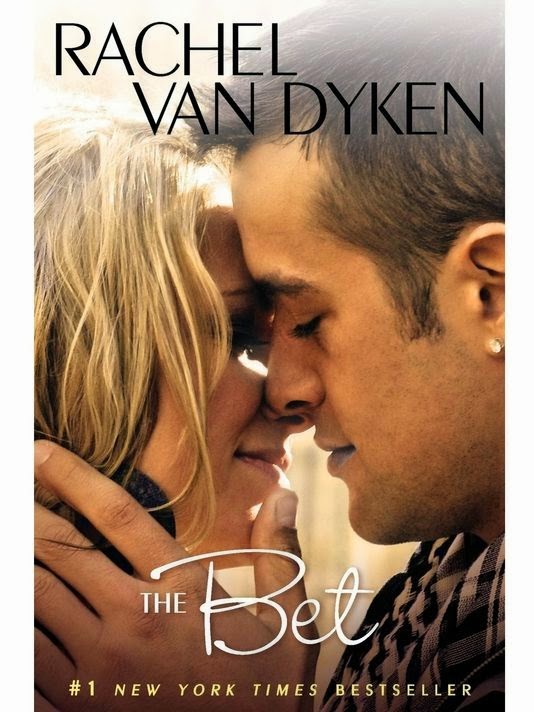 The Bet was my first venture into the writing world of Rachel Van Dyken. And it definitely will not be my last. The Bet was a book I received in my bag during the Fantastic Day Party at RT. The cover was appealing to the eye, and the back cover blurb left me wanting to read it right then. I have been on a NA kick for a while now, and I was pleased with the 1st in this series.

The story starts with a flashback to where you meet two brothers (Travis & Jake) and their friend, Kasey. Jake obviously crushing on Kasey while his older brother, Travis, sticks to the less effective way to show his feelings: pulling ponytails, tripping her and throwing rocks.

You then fast forward to present day, where her now EX, Jake is asking her the favor of a lifetime. Pretend to be his fiance for his Grandmother's sake. Enter her worst nightmare, Satan! Aka Travis, and he isn't too keen on the idea of his Kasey playing along with this plan of Jake's. "The woman was walking sin, curvy where guys loved it most." He isn't too pleased with Jake in regards to this plan either! "Um, she's going to do more than die if she finds out you're lying. Ten bucks says she has a stroke, then pleads with God to let her come back to kill you herself. Trust me, if anyone's got the in with God, it's Grandma. Geez, He'd probably help her plan your demise."

I will admit, I am a sucker for second chance romances and I genuinely was rooting for Jake for about TWO seconds. The second Travis strutted his sexy behind into the story, I was a goner! And that says a lot for the author, because I am a hard-core first love gal! Travis is this genuine, sweet guy who overcame a stutter that prevented him from ever explaining his need to rescue her. Plus, he has a captivating humor and is full of sarcasm. "Yes, twenty-three years old and cheerleaders still frighten me. All that pep, all that joy, it's not normal."

Kasey is wondering how she never noticed just how hot Travis was. Maybe she was too wrapped up in his little brother to realize that "Truly he was sin incarnate. Big shock there." The story has several different factors that help it build into the big picture at the end. First love, friendship, family, death and facing the hard stuff. I love that you learn a lot about each character, and you truly feel a part of the Titus family, just like Kasey did growing up. During these pages, I found one piece of advice that stuck out and touched my heart so deeply, I had to write it down, highlight it and print a copy to keep folded in the pocket of my Kindle: "Sometimes, when life gets hard and people make you angry or even when you're scared, the best response is laughter. Laugh in the face of your fear, in the face of what scares you the most. It's the only way to get you through the things that bring you to tears." So simple, and yet so profound. That describes Travis Titus as well.

A love blossoms with the help of an inattentive fake fiance, a meddling Grandmother and a man who never gave up on what he wanted his entire life. You are eager to read the next page to find out if they ever do get their chance at happiness.

"I can't believe the one time I get you all to myself, I get an allergic reaction."
"At least you didn't stutter," Kacey offered.
"Wow, that was so incredibly helpful. I feel like such a man."


Overall, I gave this book a strong FOUR stars. Grandma channels Betty White in a way that made me giggle. I adored her new fling and how much she loves her family. She is truly the glue that holds the Titus Team together. I look forward to the rest of this series with hope that Jake finally meets the one who can make him change his ways.

Before I let y'all go, I need to leave you with my favorite quote:

"He blew her a kiss and then smacked her on the butt as he walked out of the bathroom. Cocky one, Travis Titus. Who would have ever thought that the little boy with the stutter had game?" 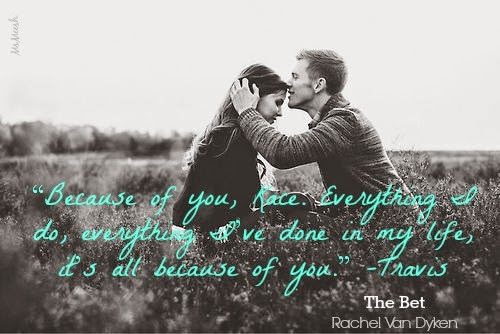