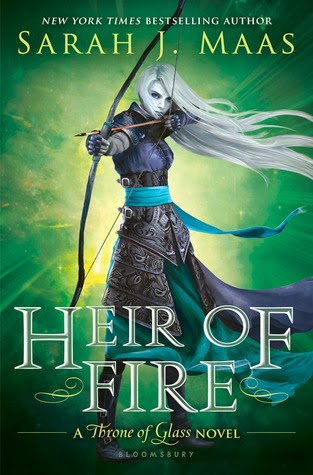 
Lost and broken, Celaena Sardothien’s only thought is to avenge the savage death of her dearest friend: as the King of Adarlan’s Assassin, she is bound to serve this tyrant, but he will pay for what he did. Any hope Celaena has of destroying the king lies in answers to be found in Wendlyn. Sacrificing his future, Chaol, the Captain of the King’s Guard, has sent Celaena there to protect her, but her darkest demons lay in that same place. If she can overcome them, she will be Adarlan’s biggest threat – and his own toughest enemy.

While Celaena learns of her true destiny, and the eyes of Erilea are on Wendlyn, a brutal and beastly force is preparing to take to the skies. Will Celaena find the strength not only to win her own battles, but to fight a war that could pit her loyalties to her own people against those she has grown to love?


I got this book through Netgalley. I was super excited that I was approved.  This is the 3rd in my number one favorite YA series. Number 2 in my top five any type of series.

I can not even begin to describe how awesomely amazing this book is. I have only ever read one other series that has had me this wrapped up in the world and that is Karen Marie Moning's Fever series. You guys should know by now, my number one book boyfriend is and always will be Jericho Barrons! I actually had this conversation with Sarah J Maas at RT where she proceeded to tell me that she LOVED those f*cking books! Which made me love her even more!

So we leave of Caleana heading to Wendlyn on a mission set up by Choal to keep her safe. She gets there and I have never seen her this broken. She has always been a little broken but still strong. Still kickin butt. but now? She just doesn't care. She's drinking and starting fights and not even trying to complete her mission. It broke my heart to see how down and just lost she was.

“Because I am lost,' she whispered onto the earth. 'And I do not know the way.”

Then along comes Rowan. Oh how I love Rowan. Not as a potential love interest for Calaena but just as he is. He is just as broken as she is. Together they build each other back together and it is truly amazing to read about. The silent conversations between them remind me so much of the conversations between Mac and Barrons!

“I claim you, Rowan Whitethorn. I don't care what you say and how much you protest. I claim you as my friend.”

Her effort and struggle with herself and her past that haunts her is the most amazing story of character development that I have ever read. There were points where I found myself crying; my heart breaking with hers and those moments where she triumphed were just as emotional. Caleana is a queen that I would follow to whatever end.

For those who are worried about what is happening with Choal and Dorian, do not fear, there is plenty of parts with them in them. Dorian is at the castle still trying to control his magic. He becomes very friendly with an unexpected person and them together made me happy. Choal still misses Caleana like crazy.

“He'd known, since the moment he figured out who she was, that while Celaena would always pick him, Aelin would not.”

“As for Celaena,' he said again, 'you do not have the right to wish she were not what she is. The only thing you have a right to do is decide whether you are her enemy or her friend.”

He is struggling with who his loyalties lie and what side of the line he is actually on and what is feeling for her are now that he knows exactly who she is. That moment when he decides and makes his choice made me cheer for him!

“He would see that world reborn, even if it took his last breath. Even if he had no name now, no position or title save Oath-Breaker, Traitor, Liar.”

There are so many new characters that I grew to love. Luca and Emrys; the people in Mistward. She tries so hard to shut them out and not care about them but they find a way into her heart anyway. Manon the Irontooth witch who I think we are supposed to hate but I actually really enjoyed reading about and her struggle with herself, who she really is and the feelings she is not supposed to have but still does.

“They have made you into monsters. Made Manon. And we feel sorry for you.”

I cant leave out Abraxos. The wyvern with the warriors heart! Im not sure if I should be liking him but I do!

“He'd devoured the goat in two bites, then gone back to enjoying the wildflowers.”

I seriously LOVED this book. So much left to accomplish and I cant wait for the next one. This book makes me want to go to Goodreads and take a star away from any book that I have given 5 stars to because none of them can even compare.


I give this book a huge 5 stars and if I could, I would give it more! 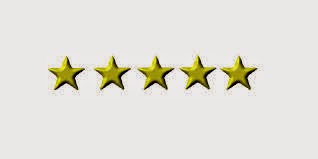