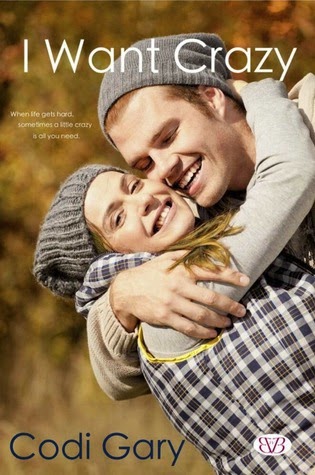 Codi Gary welcomes you back to the quaint town of Loco, Texas in this second installment of the series. Red is in a rut! After having such success in his first two books, he is staring at a blank page. He takes a trip to his favorite local bar, The Watering Hole, only to see:
"Under new ownership. Closed for renovations. Sorry for the inconvenience." Meet Jessie. (Not short for Jessica! This gal was named after Jesse James) She was running from all the trouble California represented: an old boyfriend, a ruined reputation and a replacement family.
"You're from California?
"Wow, how'd you guess that one? Was it the way I said jackass?" she asked.
Needless to say, their initial meeting was anything but pleasant. These two couldn't be any more different. These two were so far from each other's types - the attraction was brushed aside.
"My, that was charming. I see what people say about southern drawls."

He was her BIGGEST enemy when it came to her renovations of his second home, the Watering Hole. So, when he suddenly showed up to help with the painting and shopping - she was hesitant, but knew she needed a friend and ally in this town if she was ever going to get her dream of owning a sports bar off the ground. They quickly develop a friendship full of witty banter and a strong underlying sexual tension.

"Are you saying you want to have sex with me?" he teased.
"Of course not. Look at your cuticles," she said.

"So, secretly, you think I'm sexy, but you're too damaged to admit it?"

While Jessie and Red get to know each other, you get to check in on our favorite newlyweds, Jake and Rand. "I don't know. My husband's Downton Abbey is pretty nice." Jessie gets to know Jake and Rand as her friendship with Red develops. It seems everyone loves Jessie! Jake turned towards Jessie and put his hand over his heart. "If I wasn't married, I would be down on one knee right now." I loved getting to revisit this couple! There were some friendships that were left a little damaged from our last visit to Loco, and it was encouraging to see the slow repair occurring. "I've always thought you were one flap jack shy of a short stack." You get a tiny glimpse of what is to come from this little family in the next trip to Loco, Texas!

Nothing is more fierce than a Southern Mama, and Red's Mama is not exception! "But I do make your favorite biscuits and if you ever want to eat at my table again, you better show me some respect." Being raised by a stern Mama and with 4 sisters, even though he had his Dad - Red knows how to treat a woman. (Even if is comes off as sexist!) "I am not a mama's boy; I am a man who respects his mother. There is a difference."  When Red invites Jessie over to dinner after they worked long on the bar, she gets a taste of what Red had growing up! "Oh, nothing much. Your mother was just asking me about my plans to reproduce." Another thing, a small Southern town never lacks is gossip or advice - wanted or unwanted. "Well, if a Texas man brings you home to meet his family, it must mean he's got some serious feelings going on. "

As their relationship develops into more, their courting is anything but usual. Trespassing, attempted cop tipping, steamy late night texts and some romps in the bar that I am sure would be frowned upon by the health inspector! Red and Jessie both had interesting approaches to get their way in this relationship. I must say, I adore and welcome Red's approaches! Her mouth opened, like she was going to smart off again, but he dropped his mouth to hers, just to shut her up.  She was hip to his "let me show you" moves after all, "You can't fool me, I watch New Girl." Time and time again, he tried to respect her wishes - but, he continued to open the door and show his Southern charm and manners. Even when it didn't come out so graceful. "Fuck it, I don't care if you want to talk or not, woman, I'm gonna have my say."  By the last page, she wasn't complaining.

Codi Gary is by far my FAVORITE author in this genre. She creates these towns and these characters that walk off the page straight into your heart EVERYTIME! An easy peasy FIVE STAR to give to this latest book in the Loco, Texas series. With every text received, my heart fluttered. With every stolen glance, I lost my composure. With every grand gesture, I fell in love. With every page turned, I became an even bigger Codi Gary fan - as if it was possible. I will eagerly await every glance we get into the quirky world of Loco, Texas.