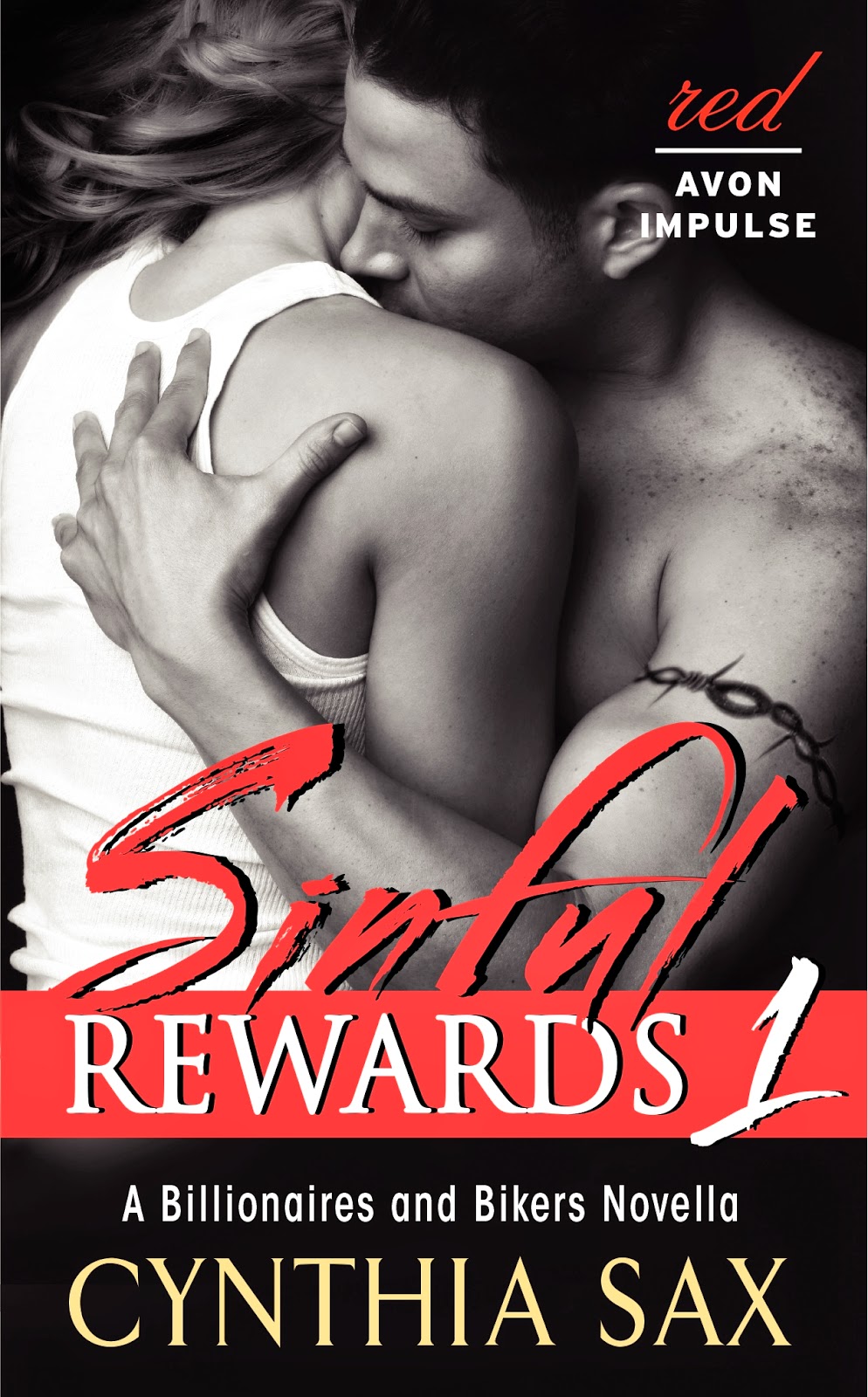 Belinda "Bee" Carter is a good girl; at least, that's what she tells herself. And a good girl deserves a nice guy—just like the gorgeous and moody billionaire Nicolas Rainer. He is everything she wants in a man.
Or so she thinks, until she takes a look through her telescope and sees a naked, tattooed man on the balcony across the courtyard. Hawke is mysterious, the bad boy she knows will bring only heartbreak. He has been watching her, and that makes him all the more enticing.
But when a mysterious and anonymous text message dares her to do something bad, she must decide if she is really the good girl she has always claimed to be, or if she's willing to risk everything for her secret fantasy of being watched.
Is her mystery man the reclusive billionaire with a wild side or the darkly dangerous bad boy?

Cynthia Sax released the first of TWELVE books in the Sinful Rewards series today! We get to dive into the world of Bee, Nicholas and Hawke for the next 12 months! Each will be around 100 pages and I guarantee you that you will fall in love with each page. This first installment was an incredible introduction into this world. You are transported to Chicago. You meet the privileged Cyndi who is room mates with Belinda "Bee" Carter. I will tell you that out of all the characters I met in this book, Bee was my favorite. And once you meet the men, you will understand my shock in admitting that Bee was my favorite character. She is such a strong individual who weak at the same time. With the small glances we have been given into her life, you already know she has such a beautiful soul.

Ok...ok... I know what you want to know is: The Men! We know Cynthia writes some edible, swoon worthy and damaged men. (Who we all love!)

Meet Nicholas Rainer. We watch him with his daily routine of working in the park. A billionaire who has everything. Or does he? "His fingers brush over mine, his hands soft and cool. He's a vampire, minus the sparkles." When Bee and Nicholas finally met, it was explosive! That is the moment in which I realized just how strong Bee was! He is everything she thinks she wants and needs in a man. But, will it be enough with Hawke enters the picture?

Hawke and Bee have an interesting first meeting to say the least. You get to see a different side of Bee that I don't think she wants to be seen. "And Hawke isn't my real name. Someday, if you behave, I might tell you what it is." Hawke is a tattooed bad boy who rides a motorcycle and has such an effect on Bee's lady parts! He is funny too! "You are average height...for a munchkin."

You are left wondering who sent the text? Who sent the purse? Who will Bee end up with? Luckily, we have 11 more installments, and Cynthia doesn't disappoint!