Whatcha Gonna Do With a Cowboy 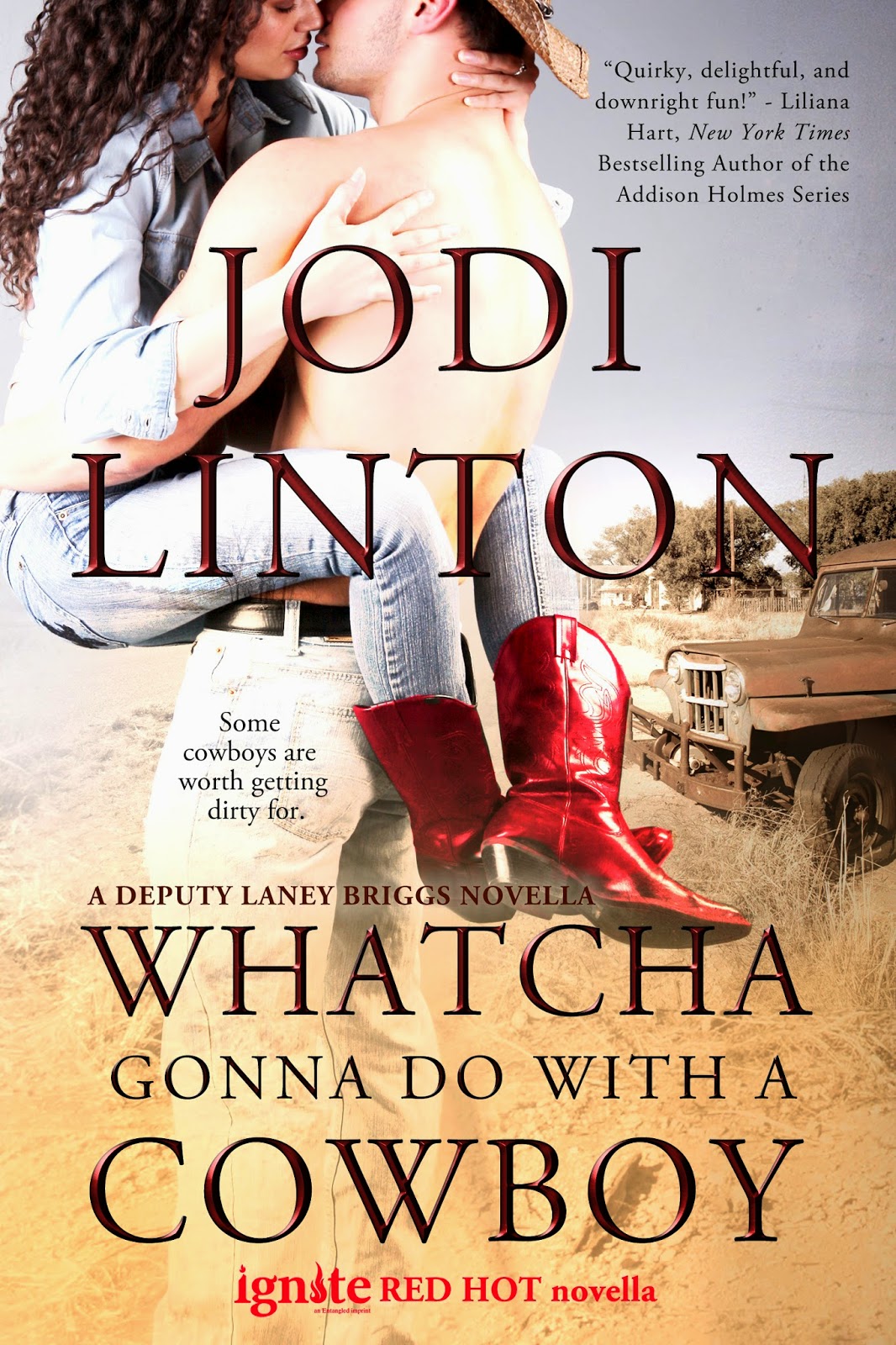 Jodi Linton brings us back to the quaint town of Pistol Rock in the 2nd installment of the Deputy Laney Briggs story. Laney is the same no nonsense cowgirl from when we first met her in Pretty Reckless. Since Gunner took a position in Odessa at the Ranger Office, he and Laney have been giving their relationship another go. "Gunner had many traits. He could be relaxing to be around. He could be bullheaded. He could be demanding. But most of all, he was my addiction." I adored watching their interactions and trust in each other grow. You always felt the love that was between them, but love alone isn't enough. Enter Floyd and Ruth - the dysfunctional couple who raised our lovely Laney. Gunner doesn't shy away from his cocky demeanor in front of the parentals. In fact, he and Floyd are drinking buddies. Ruth, on the other hand, isn't a fan of the Ranger who is occupying her daughter's bed.

A case of a missing woman, a football coach in ladies lingerie and a mysteriously good-looking U.S. Marshal who goes by the name of Colt Larsen is what we are in for in this novella. "He lounged indolently against the doorway, and when his eyes locking in on mine, he tipped his Stetson up and sent me a killer smile. In response, I flicked him the middle finger and hit the gas, blowing down FM 167. On any other given day, that level of trash talking would've made my day. Hell, there were nights when Gunner and I considered it foreplay." I will tell ya, Colt needs his own story. He has his own issues, which will all be revealed in due time, but he is one hell of a cowboy! He loves hard, and his heart is big. Colt and Laney's friendship isn't strong, but something there leaves her helping him. I think that decision showed a lot of her character, as well as his. Add my Gunner into the mix, and you see the level of commitment that black hat wearing cowboy has for his girl. "If you ever put my girl in the kind of danger she was in yesterday because your panties were in a wad, the next thing you'll see is my fist rearranging your pretty face."

Ladies, don't fret - you have your share of Luke Wagner in this novella. He comes to Laney's rescue and maintains his sweet, Southern charm. You see a protective side of him with a humorous interaction between him and Colt that would have Gunner proud to have Luke in Laney's life. (Neither would admit it!) With snark like this: "The day I'm a princess is the day you take a girl on a second date," I fired back, smiling. - I see Luke as nothing more than a brotherly figure. I said it before, and I will say it again - I cannot wait for the woman who walks into that cowboy's life and tames him! That will be a wild ride.

Lately, romance has been my genre of choice. This genre allows for an escape that offers bumps in the road, but you almost always get your HEA. Jodi Linton is in a  group all by herself. The way she writes suspense intertwined with romance - is pure talent. One doesn't trump the other and it all flows effortlessly. Jodi's style of romance is so different from most. It is not rose petals, watermelon candles and slow songs. You get foreplay in the form of trash talk, experimenting with things she has only read about and a couple of tall cold ones. When Gunner whispers sweet nothings into his gal's ear, it is more like "It never gets old seeing my name inked on your ass."


Before I let y'all wonderful folks go to read Pretty Reckless if you haven't, and wait for this novella to come out on AUGUST 18th - I will leave you with a term that made me giggle. Occasionally, I will find a word of phrase that sticks with me from a book, and the one in this book was:
"pussy paralyzed" - LOVE THAT term, and you can only imagine what it is in reference to.