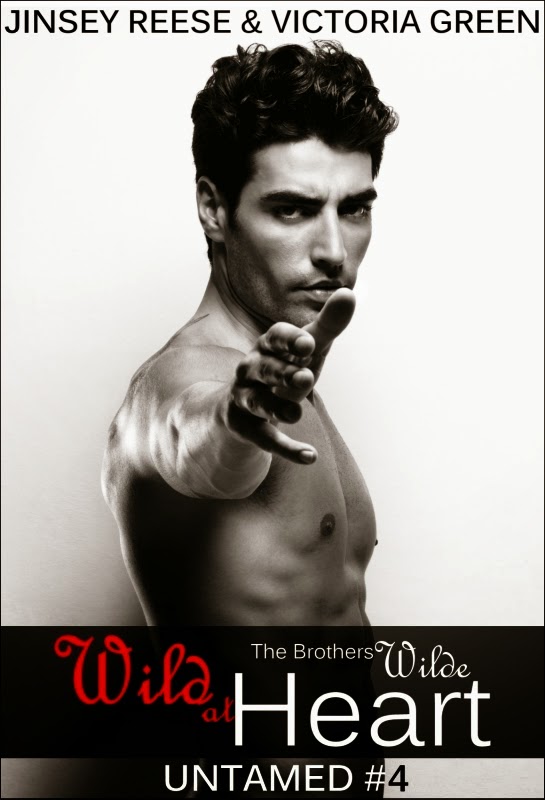 With his dad hell-bent on destroying him, Dare's life hangs in the balance. Fearing the worst, Reagan rushes from Paris to New York, hoping to get to him in time, only to find their entire world collapsing around them.

The threat is too real, risk too high, death too possible. Unfair doesn't even begin to cover it.
Two wild hearts that belong together, trapped in a world trying to break them apart. But a love this strong has to survive...doesn't it?

Y'all already know how we feel about all things WILDE. And if you didn't know, we are some of the most dedicated WILDE things these two amazing authors could have asked for. (Ok, ok... we occasionally threat - never with bodily harm - for the books sooner or a hint of what is to come... all in good fun!) We received our copies of this 4th installment last night with a promise of a treat in the end! Needless to say, we both squealed and probably received CRAZY looks from our husbands - but we were TOO busy texting each other about it! We will share our treat with y'all at the end of our DUAL REVIEW of WILD AT HEART!

FAVORITE SUPPORTING CHARACTER IN THIS INSTALLMENT
Catherine: Having to choose just one is proving too difficult of a task for me. Maybe it is too soon? Maybe I am still suffering from the trama of reading the latest installment; but I have picked TWO. My first choice is: Rex Vogel. Why now? Before now, Rex was a discussion topic, an idol... In Wild At Heart, you meet the man behind the paintbrush and the man behind making Dare who he is today. My heart melts at his fatherly approach with both Ree and Dare during their trials and tribulations. Then you have Archer. Archer is trouble with a CAPITAL T. You get to know a little more about the man behind the privilage and the money that he is so acustomed to. While, he is still not my choice for MAN OF THE YEAR (or week for that matter...) he is finally showing the readers what Ree has always known.
Kristyn:
I liked Archer from the very first book. I was so disappointed in him when he proposed to her. I felt so betrayed on her behalf. But he came through. I like how he is a true friend and not an enabler. I was worried that he was going to be the one "friend" who pushed her back on pills but he is a real friend. I really hope he can find his female version of Dare. He needs to find that one woman who will make his life complete. I cant wait to see more of him.
TELL ME WHAT YOU "REE"ALLY THING
Catherine: Hands down, Ree is my FAVORITE character in this installment. Her strength has shown so brightly. Just like Archer has shown us what Ree has always seen, we finally get to see what Dare has seen all along in Ree. She is nobody's puppet anymore. She proves that when she not only stands up to her father, but up to Dare as well. GO REE! I could do this. I could be brave enough for both of us. Even if it meant picking a fight with fucking Goliath.

Kristyn:
I was so proud of her. I can't say it enough. There were times I was so worried she would relapse but she didn't! I love how easily she loves and accepts people. She could so easily be bitter and broken and not trust anyone but she doesn't. She accepts Dares family as her own.
"DARE" TO SHARE YOUR THOUGHTS
Catherine: Dare is responsible for Mac & Cheese making me HOT! :) Even broken, Dare Wilde was the most beautiful man I'd ever seen. During Dare's stay in the hospital, you get to see the strength he brings to his family and Ree. He is truly the glue that holds this Wilde bunch together. I was able to see a side of Dare that was not the strong one. Ree took that role for the majority of this installment. Their swap of positions made me think of the quote 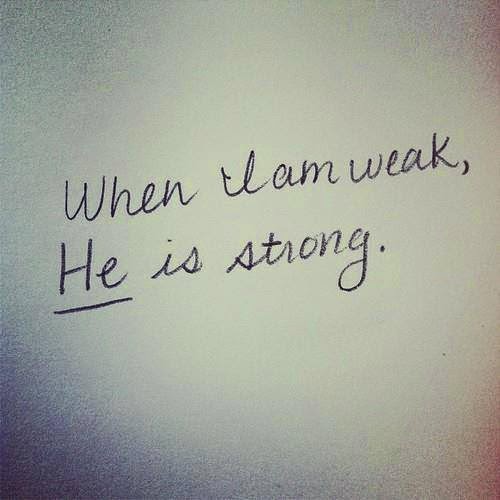 Kristyn:
Once again he pissed me off by pushing her away. I am so tired of the, when I am not pushing you away, you can push me away routine. Im glad he finally gave in. I understood why he was doing it but I didn't like it.

IF YOU HAD TO CHOOSE TO CROSS THE PATH OF ONE: REE'S DAD or DARE'S DAD
Catherine:
Both scare the living daylights out of me, BUT if I had to choose - I think I could take on Ree's dad.
Kristyn:
Ree's dad definitely. Im so glad she finally stood up to him. I was so proud of her! Tat moment was one that I had been waiting on for a while. I just wish the rest of her family could see him as a bad father and person as well.
LINGERING THOUGHTS
Catherine:
Each installment gets SO much better. The growth that happened between Ree & Dare and within themselves was monumental. Dare and I had shared undeniable chemistry since day one, but there was also something even more powerful pulsing between us. Something stronger, deeper, and as terrifying as it was wonderful. Love had the power to both create and destroy. Sometimes in the same moment. The story almost feels complete, and I am 100% invested in this family! I am going to be an honorary Wilde family member, go to the family reunions and probably inappropriately hit on all the men! I will prompt them with ice cubes; possibly lime popsicles. I read this installment in one sitting. I am a lady who values her sleep, and I finished just shy of 2am and went directly to Facebook to send Victoria a message only to tell her that she and Jinsey left me without words again. Only words I could find were to discuss with Kristyn how to get this book into Oprah's hands. It is THAT good and needs to be THAT big!
Kristyn:
I do have to admit, I liked the last one better. Not because this one was bad, but because I missed the people. I missed the band mates and I missed his family. I felt like something was missing. This one was so good with  Rees character development. Im so glad she finally stood up to her dad! I was so proud. This ending was a cliffhanger but it was something that I saw coming so it wasn't that bad. I do have one question... Does this top secret sexy mac and cheese recipe really exist and can we have it?
FAVORITE LINES OR QUOTES

Catherine:
"If he died, I was going to fucking kill him."

"You are mine, Dare Wilde. I won you. Don't you forget that," I whispered. "You need to be okay because I'm not ready to let you go."

But Rex wasn't standing there. Dare was.

"Fuck, that kills," he said. "Please don't do anything adorable to make me laugh.:
"No laughing and no adorableness. Got it."

"I'll never tire of your commando style," I said, shifting the denim down farther to free him completely. "Who needs Calvin Klein when you've got Dare Wilde."

"You're playing with fire."
"I'm fucking with dynamite..."

"Welcome to hell, Princess."
Kristyn:
"Some artists never found their muse. Just like some people never knew true love. Somehow, I'd lucked into both and managed  to fuck them up at once."

"Love was supposed to involve an equal amount of give and take, and be a complete surrender of two souls to each other."

"I shook my head, feeling more strongly than ever that I did not belong with these people, and that sometimes family-the true meaning of family-was who you chose to invite into your life, rather than who you grew up with." 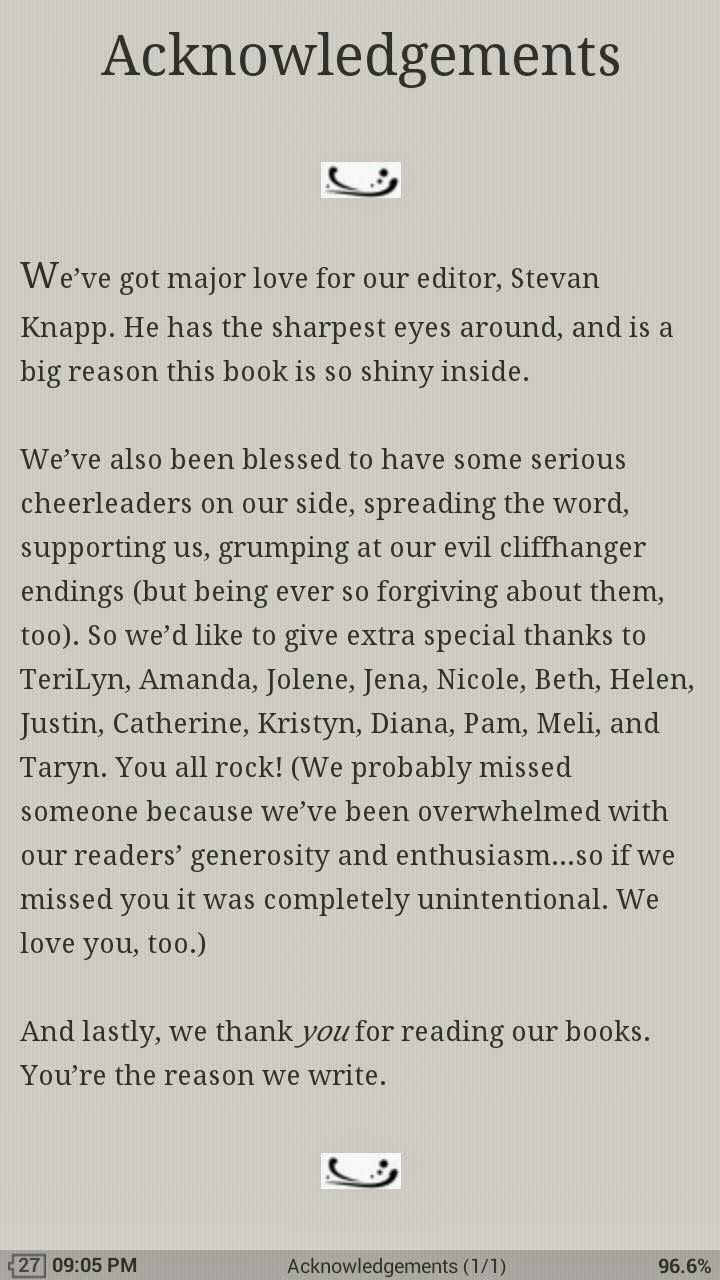 And finally; for the most AWESOME thing ever:
Do you see this? They gave US a shout-out!!!
How friggin cool is that?
*INSERT FANGIRL SQUEAL*
Jumps up and down!!!